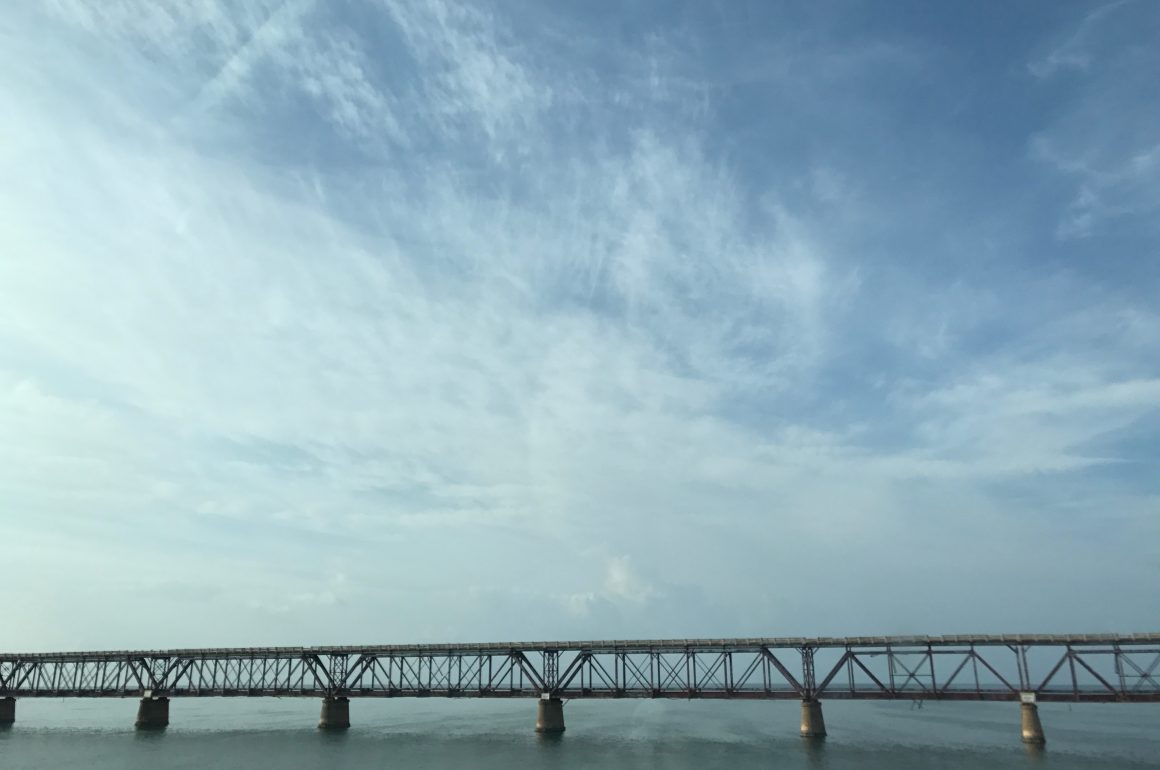 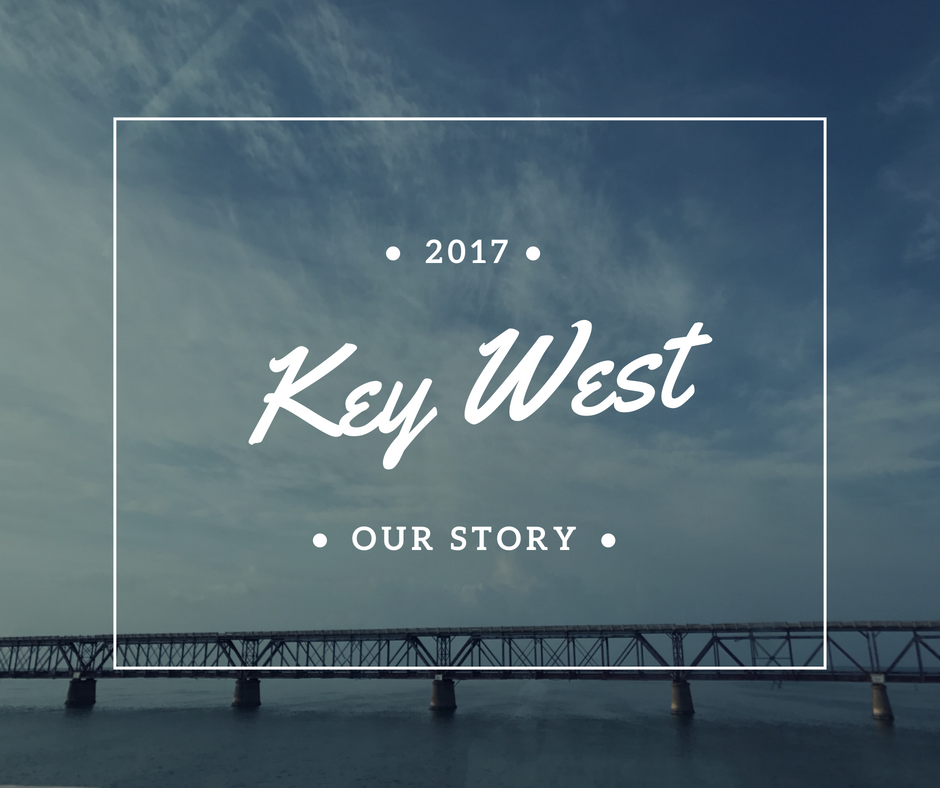 We came to Florida with broken hearts.  We had just spent the better part of two years working within the foster care system after being asked to help two of the sweetest children in all the world. We have not had a single moment of regret for saying yes and we would say yes again even knowing what we know now. It was hard to watch as a corrupt system hurt children that we love.  When it was over we were carrying a great deal of primary and secondary trauma. The trauma responses have subsided with time, but the grief remains.  I imagine that it is something we will continue to carry for. . . well, I don’t know, maybe forever.  Because that is how long we will love the children.  Forever.

The timing for this trip can only be God!  I was trying to plan something special for the four of us so that we could get away and reconnect.  I had no idea that I had purchased tickets and planned the trip for Mother’s Day weekend. But God knew that I needed to sit by a pool, in a cabana that weekend and enjoy all the blessings of being a mother without the painful reminder of what I had lost.

I am a planner . . . I always have a spreadsheet . . . But not this time!  We flew in late on a Thursday night, our first time in Miami.  We were so hungry and so tired and there was an IHOP and that is how we ended up feasting on Pancakes at 11:30 in the downtown Miami. It was a fun start to the trip.

We started our drive on Friday morning.  It has been on my list for a long time to drive down the islands that make up the Florida Keys.  I am fascinated by new landscapes and architecture.  I got my architecture fix as we drove out of Miami. The art on the buildings was everywhere and so interesting and I would love to visit here again to do more than drive by and glance at it.

You can fly into the airport on the island of Key West. We love a road trip, so we decided to drive down this chain of connected islands that leads you to the Southernmost point of the United States of America.  The drive will take you about 4 hours and it is so completely worth it. The day was beautiful, and we stopped often and enjoyed the journey. 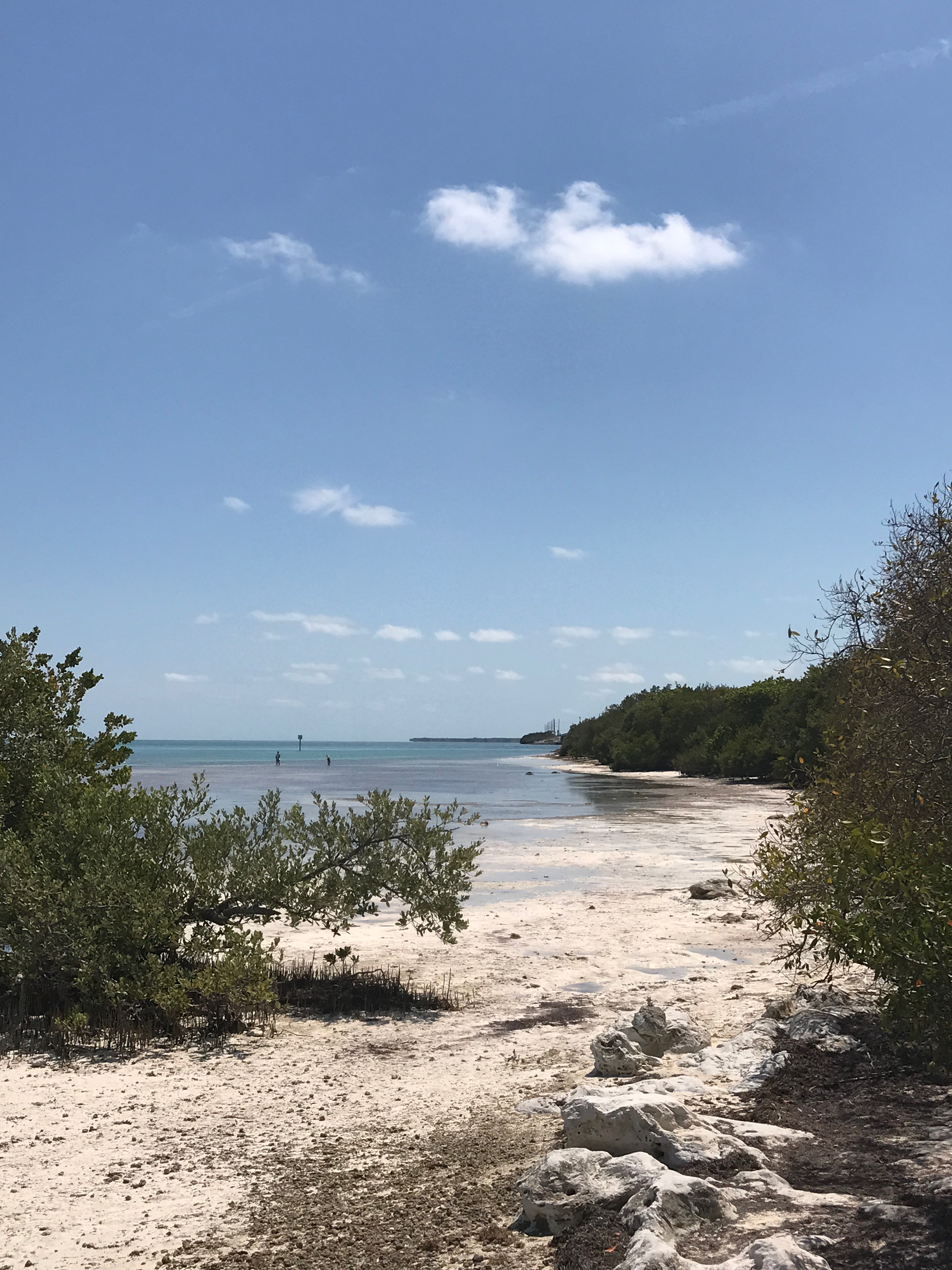 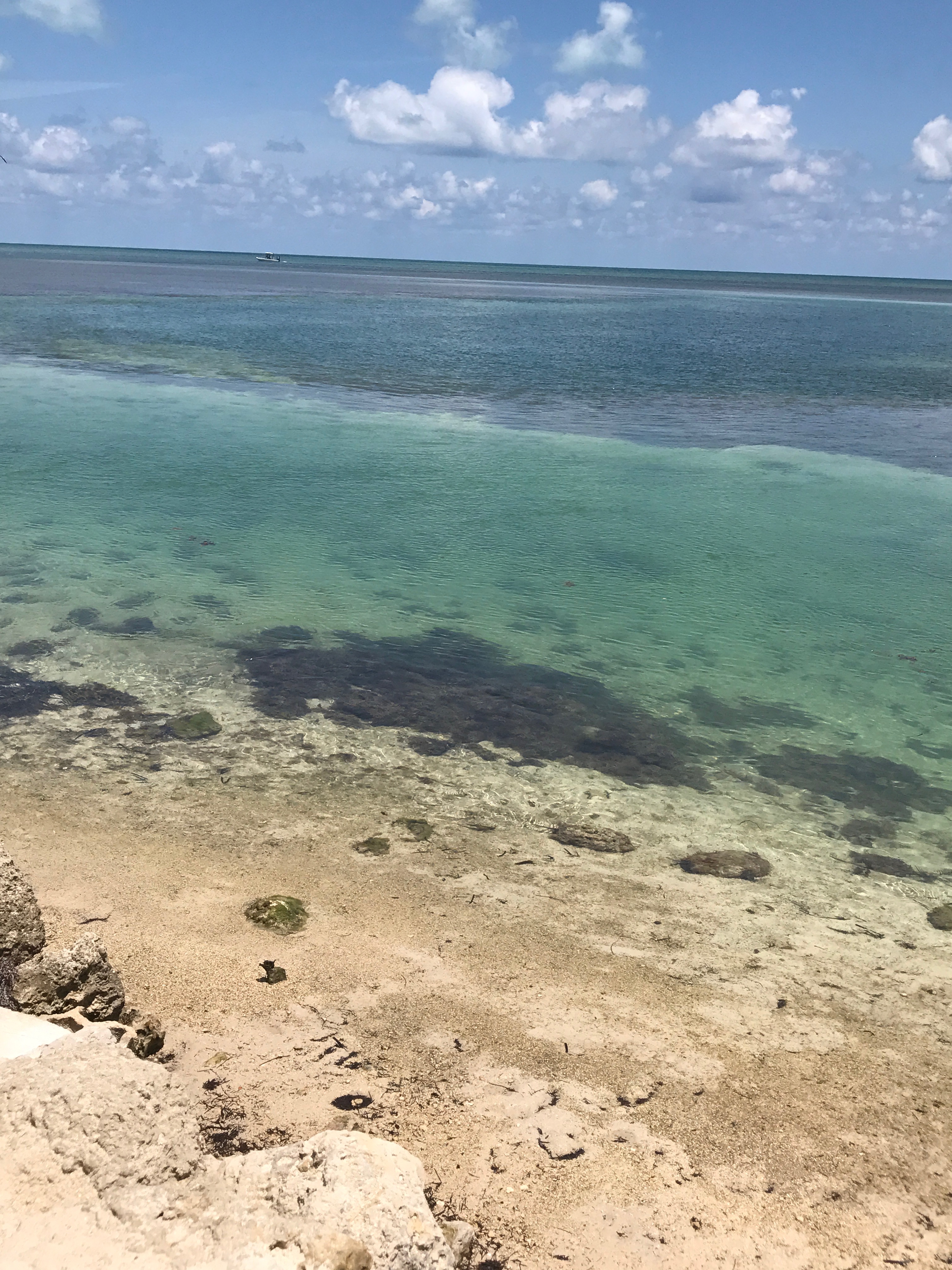 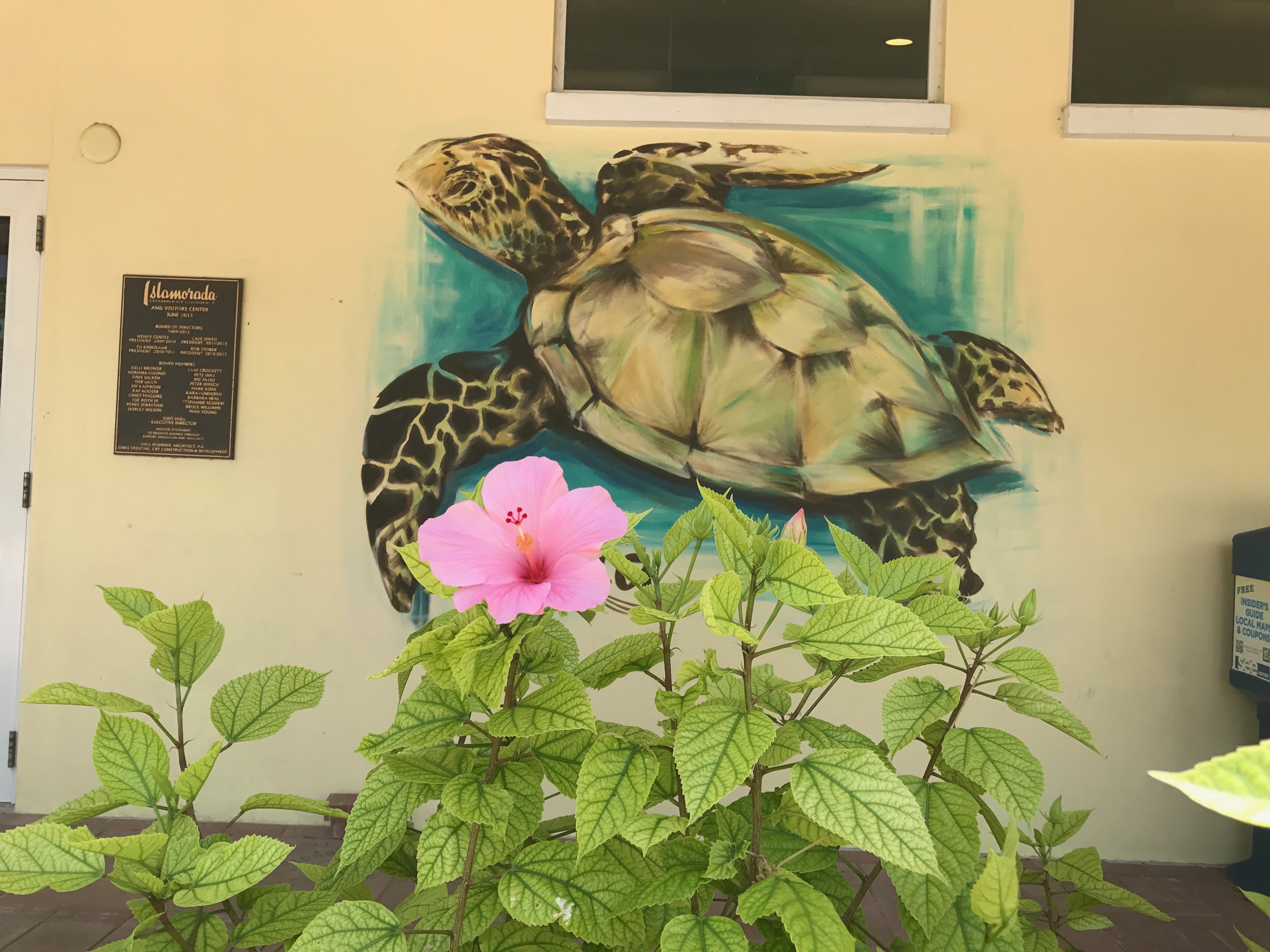 When we checked in to the hotel we were given the warm cookies that are the signature of the Double Tree resorts.  Sitting next to the front desk was a concierge.  He was friendly and eager to help us have a great trip.  We looked at all the options and went back and forth with what would be best for us. I really wanted to visit Dry Tortuga National Park.  But you have to book well in advance for that day trip.  I took some brochures back to the room and we talked about our options and we sat by the pool and talked a little more, then we got dressed for dinner and caught the shuttle to the downtown area, so we could walk around and see what we might want for dinner.  As we were walking around I received a frantic call from the concierge telling me we need to get the excursions booked before they fill up and he was leaving for the day, so we should just get it done that minute.  In haste, I booked a jet ski tour around the island for the next day and an eco-tour with kayaking and snorkeling for Sunday.  I was pretty sure all this could wait but I said ok and gave him my credit card standing on the corner, ready to cross the street.  I also want to mention that he had an Australian accent.  So, I was pretty much going to cave to anything he tried to sell me. I am powerless against a good accent.   I had that feeling like, I don’t really want to buy all this right now and lock our weekend up in activities.  But I told myself that he is right, of course, he is right, “being in Key West is all about being on the water.”  So, our plans were made and secured with a credit card.

The next morning, we were ready for the adventure. None of us had ever been on a jet ski, but how hard could it be?  People do it on TV all the time.  I was excited and pretty confident as we stood on land signing away the right to sue if things went wrong.  What could go wrong? Hand me the pen.  It’s important to note that the girls had to ride with us because they were not old enough to drive on their own.  Ed got the youngest child who is an absolute speed demon, like her mother.  As evidence I will tell you about the first time she was old enough to drive her own go-cart and lapped everyone with her speed and maneuvering and as we got out of the cars the other dads came up to Ed and said, “You are going to have to keep an eye on that one.”  And the teenage boys smiled and nodded with reverence. I assure you, I do not exaggerate her love of speed.  That left me to ride with our oldest child.  She is a wonderful girl.  She is thoughtful and intelligent.   She is risk-averse.  She does everything at her own pace and that pace is slow and she does not care if that bothers you. It is a vexing combo.  I was just glad I was driving and not her because we could never have circled the island at her pace.  Trust me.

We all got on and with VERY little instruction we are off and my daughter’s grip on me gets tighter and tighter as I figure out how to drive this thing. The water was rough and the slower I went to calm her down the harder it was to maneuver and control the jet ski until we ultimately fell off.  One of our guides circled back to help us and told me that the faster you go the more control you gain, and we would have to speed up to stay with the group.  He also told me to steer with one hand and put the other in my lap to keep from over correcting.  Back on the jet ski, I did exactly as he said and found him to be right. But the faster we went the more my daughter screamed for me to slow down.  It was at the point that she started having a panic attack and the maternal instinct took over and I knew that it was not good for either of us to continue like that.  So, we turned around and went back to the dock and waited for everyone to return. We found a nice place to sit and watch for them.  It took nearly two hours and we were thankful for that time to calm down.  I was sure the others would come back like conquering heroes.  When we finally did see them coming into the inlet, I knew something was wrong.  We raced down to greet them.  When Ed smiled weakly to reveal half of his front tooth was missing.  He looked at me with relief and said, “I am so glad you guys turned back.  It was so much harder than I anticipated.  About half way through I was so glad I did not have to worry about you guys getting back safe.  We fell off twice and this happened the last time.  The jet ski hit me in the face as we fell off in some really rough waters.”   So, my shame at failing the jet ski test turned to action and getting his tooth fixed.  I started with my mom.  I took a picture and sent it to her because she is a dental hygienist and gives all kinds of advice freely.  She told me to go to the drug store and get a broken tooth kit.  From there I called the Australian concierge and asked him to cancel the next day’s eco-tour.  He informed me that he could not cancel it because it was within 24 hours of the start time, but I could try to talk to the actual tour group.  He gave me the number and told me to expect them to say no because they hear lots of sad stories about people getting drunk and missing their excursion.   I spent the next couple of hours on the phone. I tried getting a dentist on the island to look at the tooth, but island life is different, and we found out that dentists only work Tuesday through Thursday.  This was Saturday.  I called my dentist in North Carolina and texted him pictures and he assured us that everything would be fine, and he would take a look at it on Tuesday morning. The lady with the eco tour called back before any of this was settled and canceled the tour for us when we were thinking that we would end up being at the dentist paying an Island emergency rate to get this tooth fixed.  It all worked out and around lunch time we were looking for something to do for the rest of the afternoon.

There were things on the list that appealed to different people.  Clarissa and I went to visit Earnest Hemmingway’s house and Ed and Ainsley went to Fort Zachary Taylor.  We came back together and grabbed a pizza and headed back to the hotel and ate in the room as we lay in our beds watching a movie, went for a night-time swim at the pool and got more cookies from the front desk. The day ended so much better than it had begun.

Our Sunday was spent at the pool where we lounged in a cabana and swam in a warm pool.  We could not leave before we had seen the sunset, so we made our way downtown in the late afternoon to be caught in a rainstorm as we looked for our restaurant.  We found the mile 0 sign and our seat for the sunset on our final night.  For a while, we thought we would miss the spectacle due to the remnant of clouds left by the storm we had just run through.  But just when we thought putting this off for our last night was a mistake,  the yellow sun descended and the horizon turned warm and orange just before the brief fire at the horizon line turned pink and disappeared.  It was magical as our last day in Key West was coming to an end and we left satisfied with this adventure meant to distract us from the pain of our quiet world. 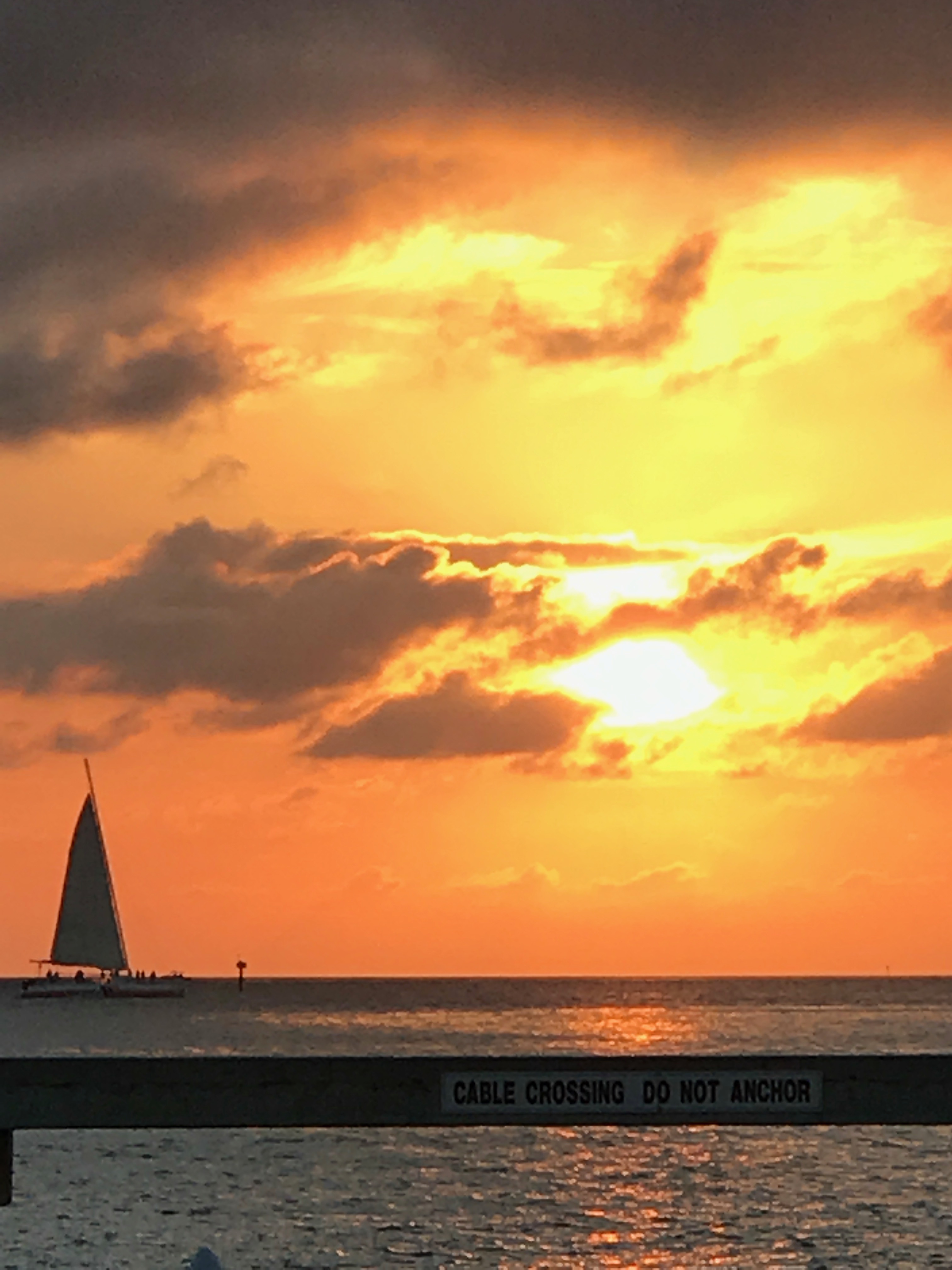 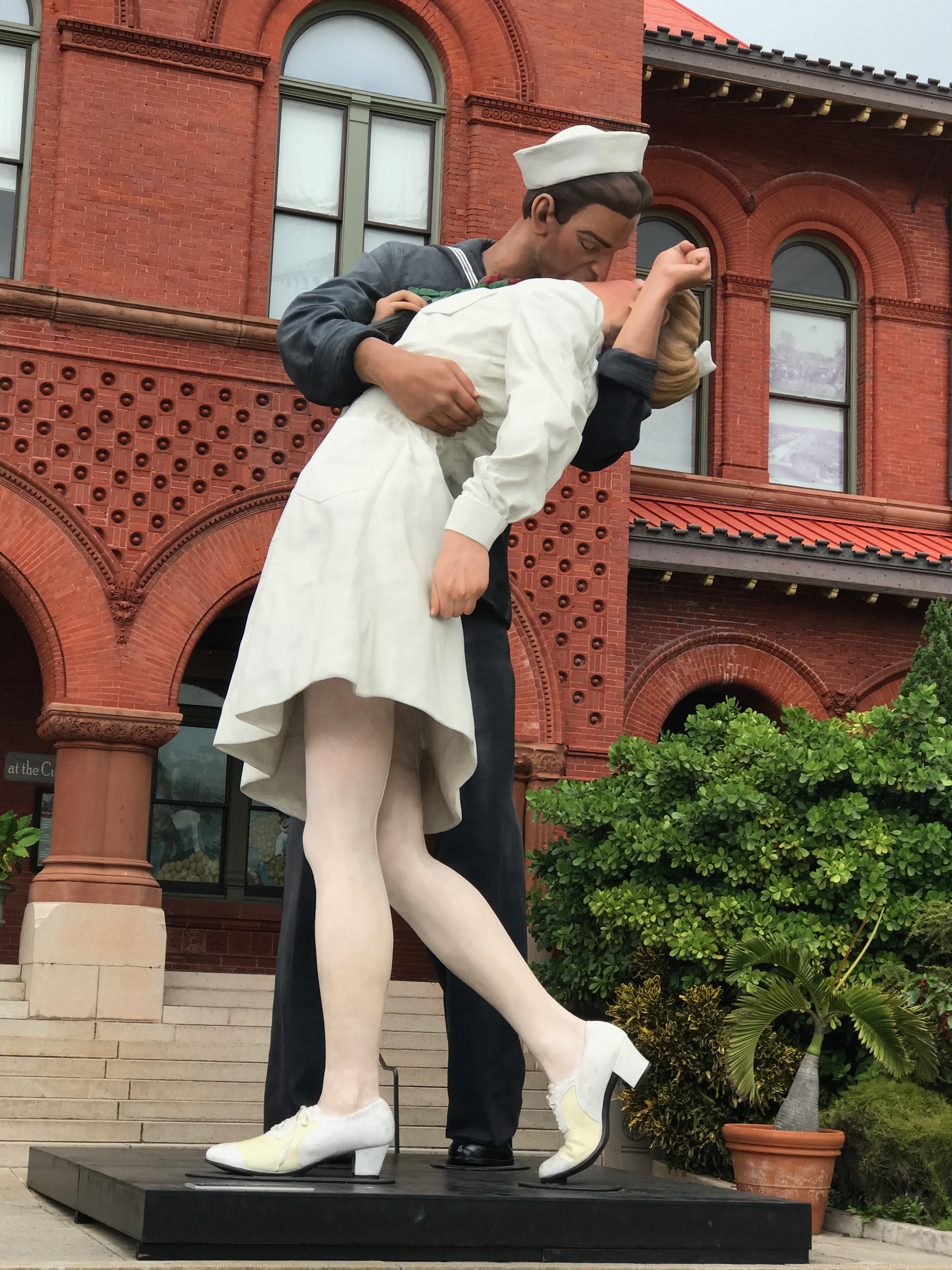 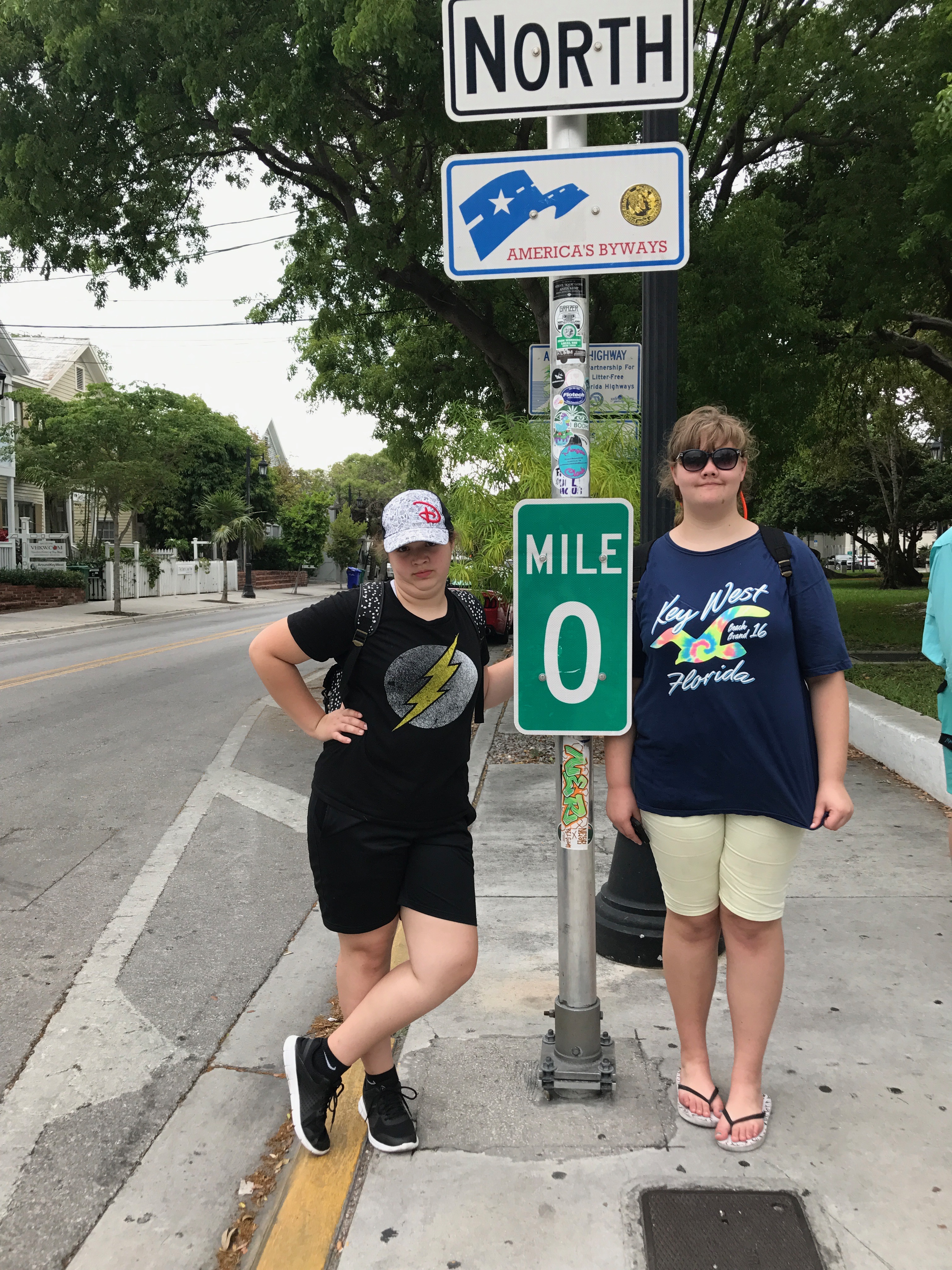 Monday morning, we drove back across the chain of Islands and made our way to the airport.   We came home a little better for the sunshine and time together.  It was the best medicine for our family and it was given at just the right time.