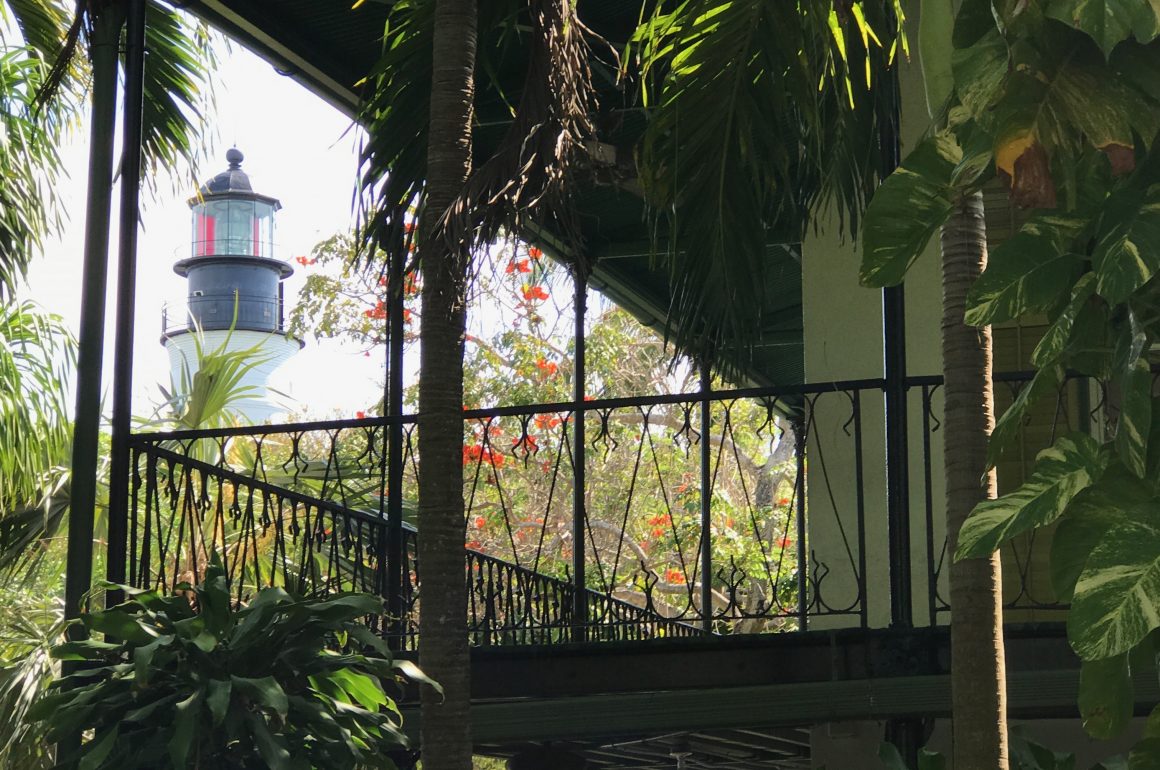 In this family, we love two things most of all, a road trip and touring historic houses.  There is just something about abiding in an old place.  Ernest Hemingway’s Key West Home is not the most majestic place we have ever seen, but it was interesting.  The layout is my perfect dream of a beach house with that wrap around double porch where every window is a floor to ceiling door. 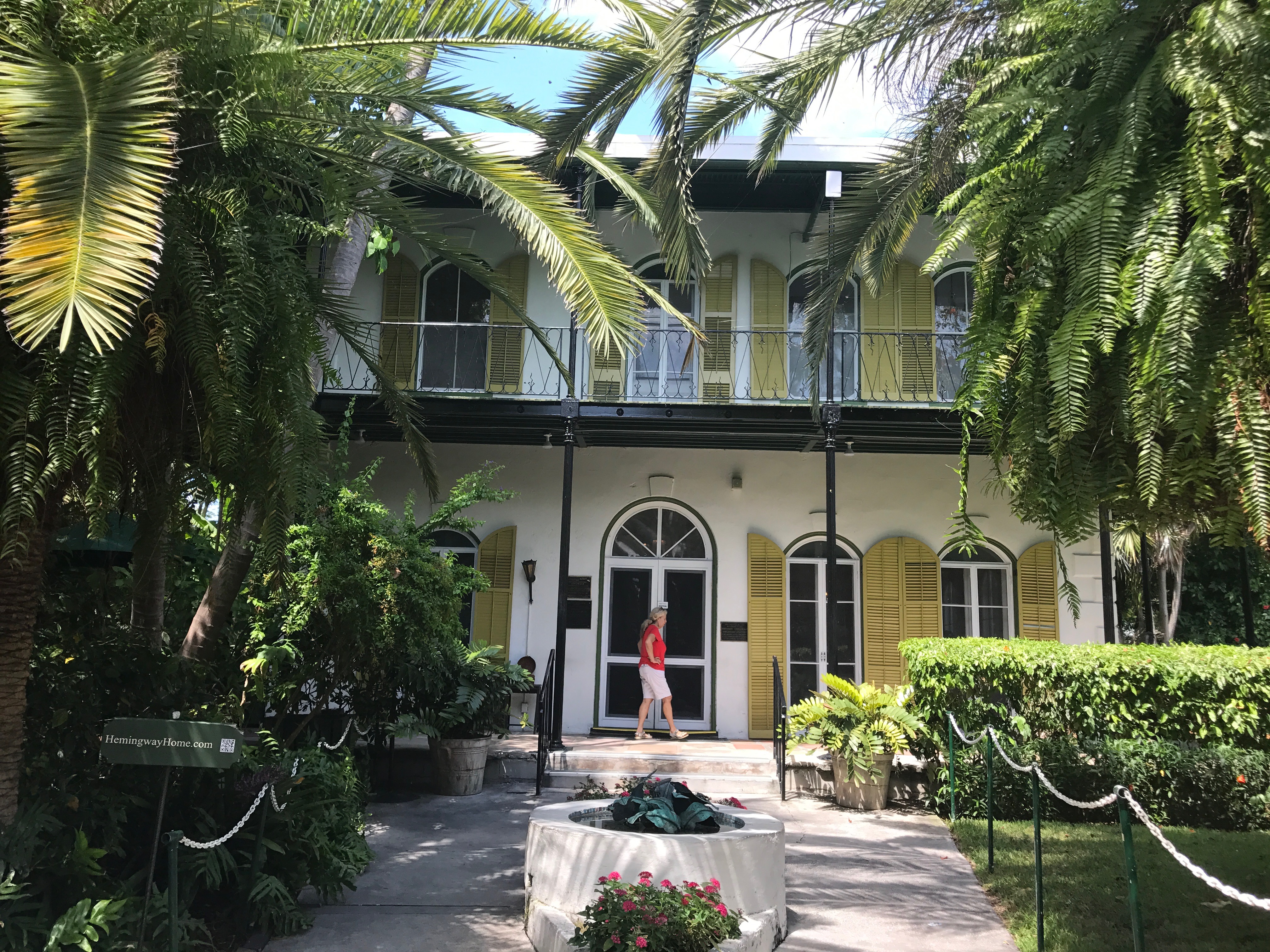 This house did not retain a lot of the furniture or art, but the light fixtures were amazing, and it did have a kind of volume and light that only houses with transom windows have. 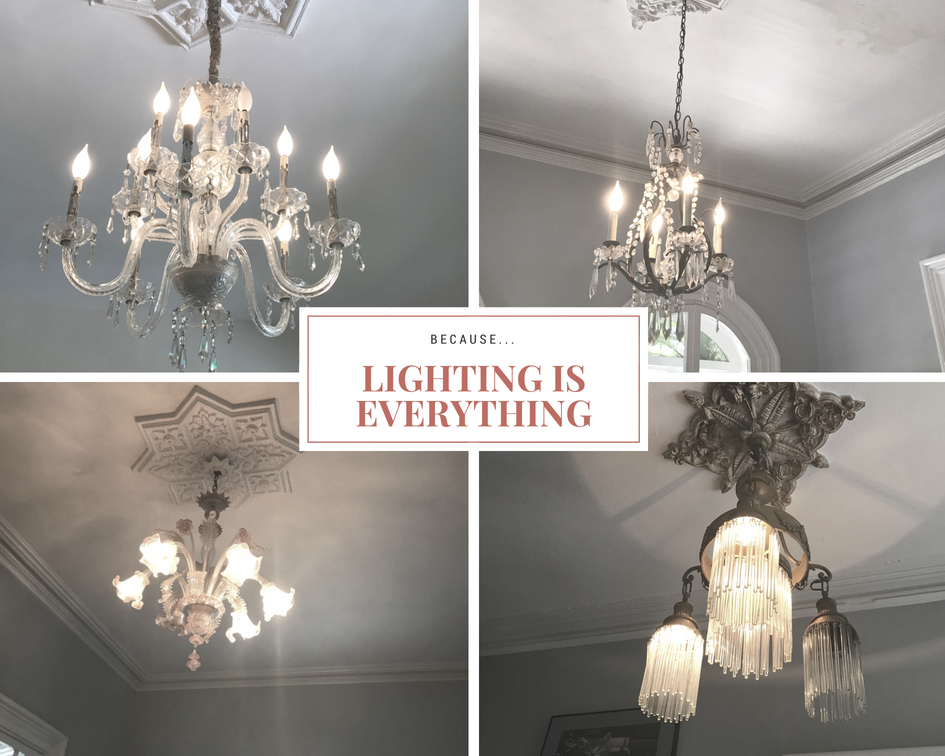 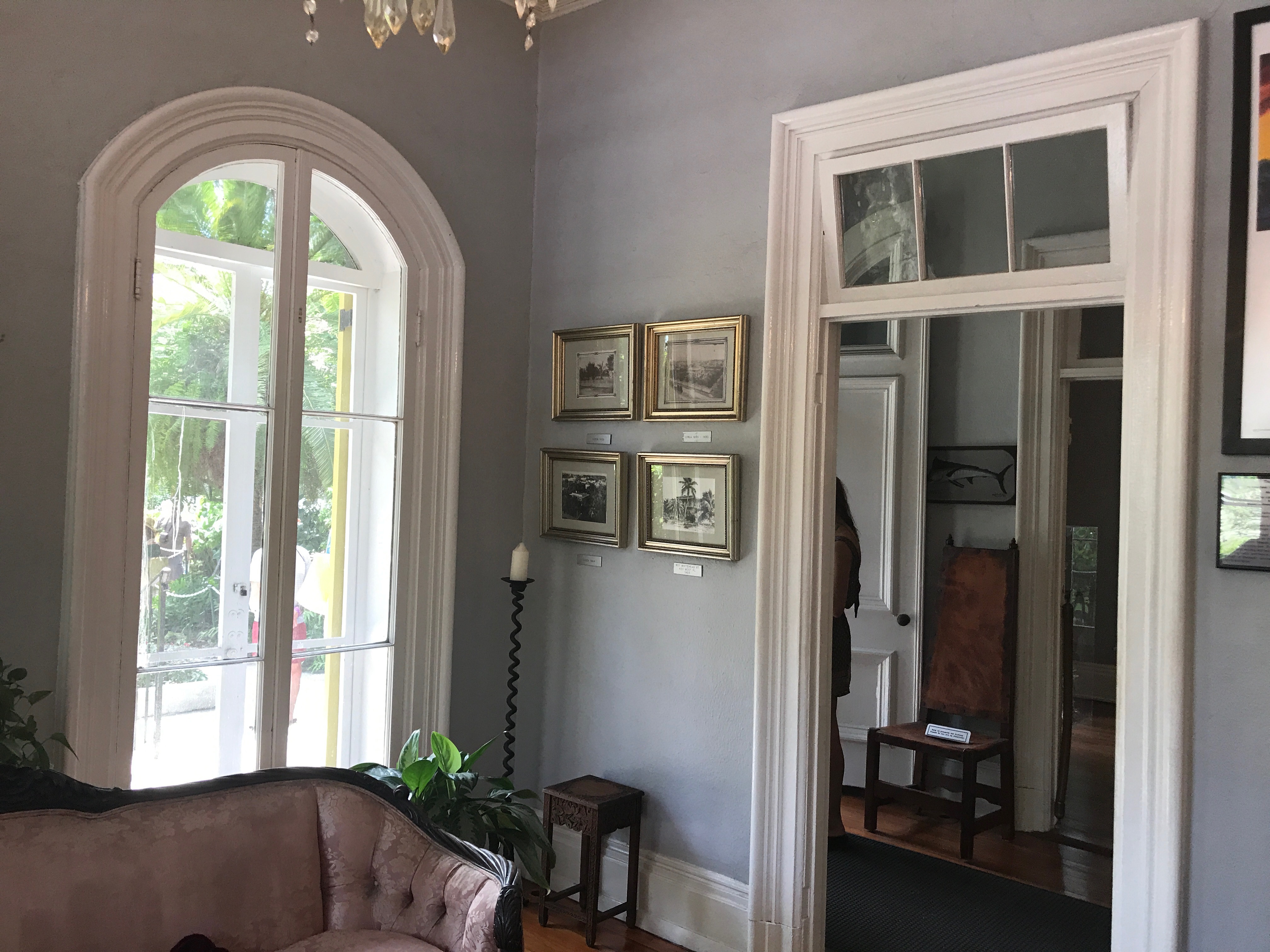 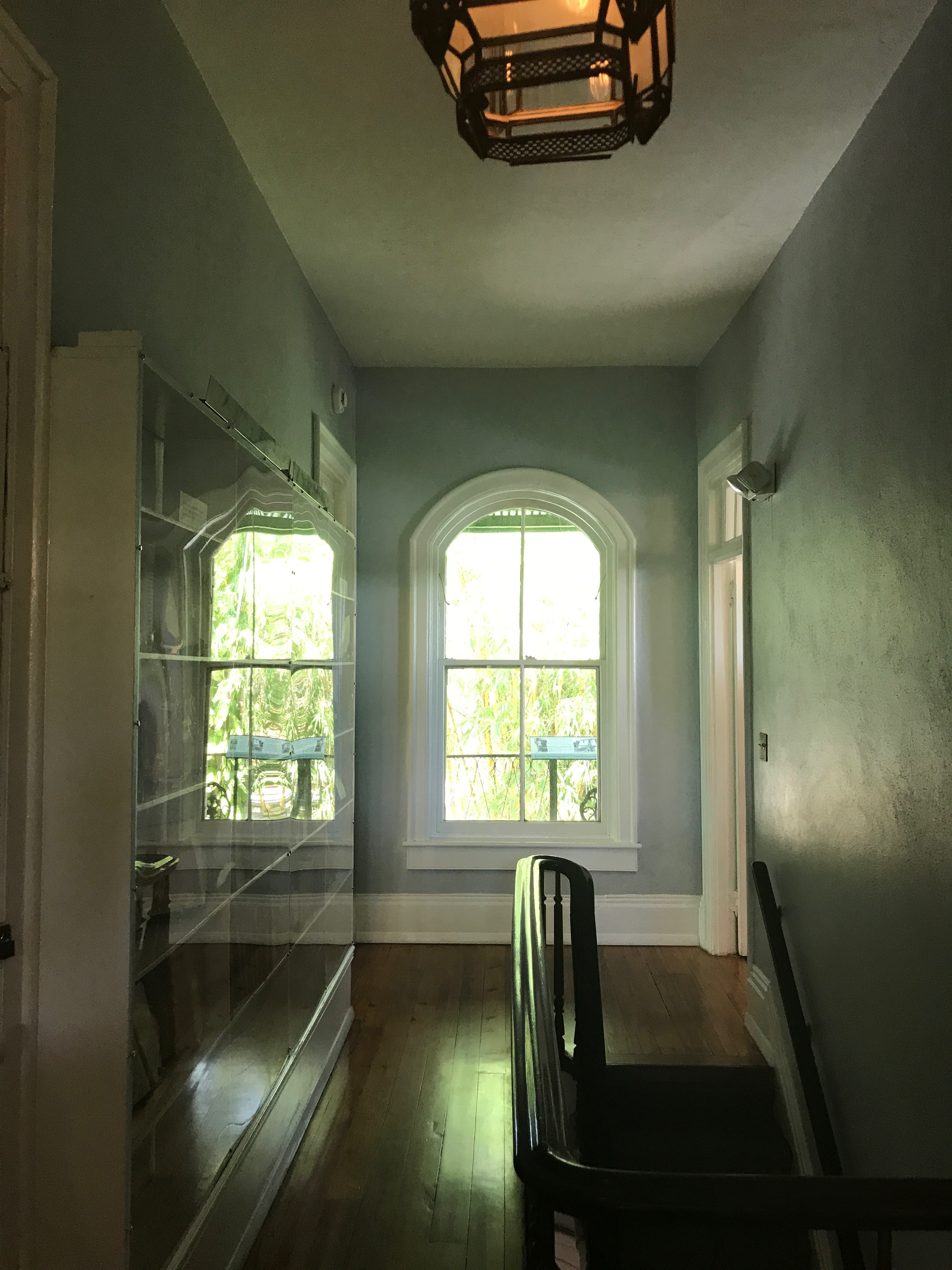 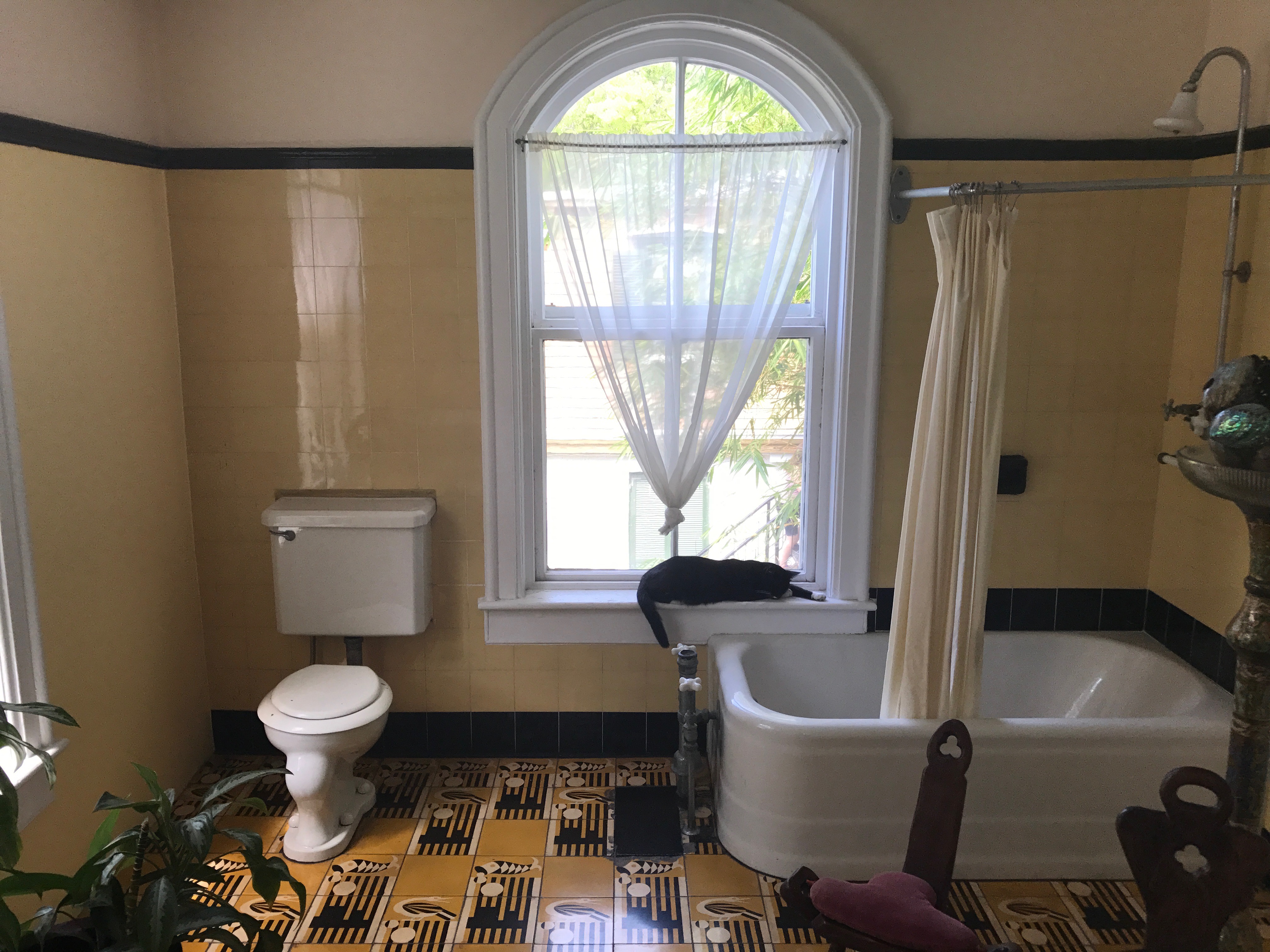 This bathroom on the second floor was a modern marvel that received hot water from a tank that is heated by the sun on the roof.  Don’t miss the cat in the window.

The unique part of this house is the flock of free-range polydactyl cats.  They are EVERYWHERE, in the house sleeping on Ernest’s bed, wandering around the grounds and lounging in the sun.  You should have your kids research this herd of cats and what polydactyl means and report back to you.  They will love it.  Also, follow the Hemingway house on Instagram to see all the great cat photos they post. 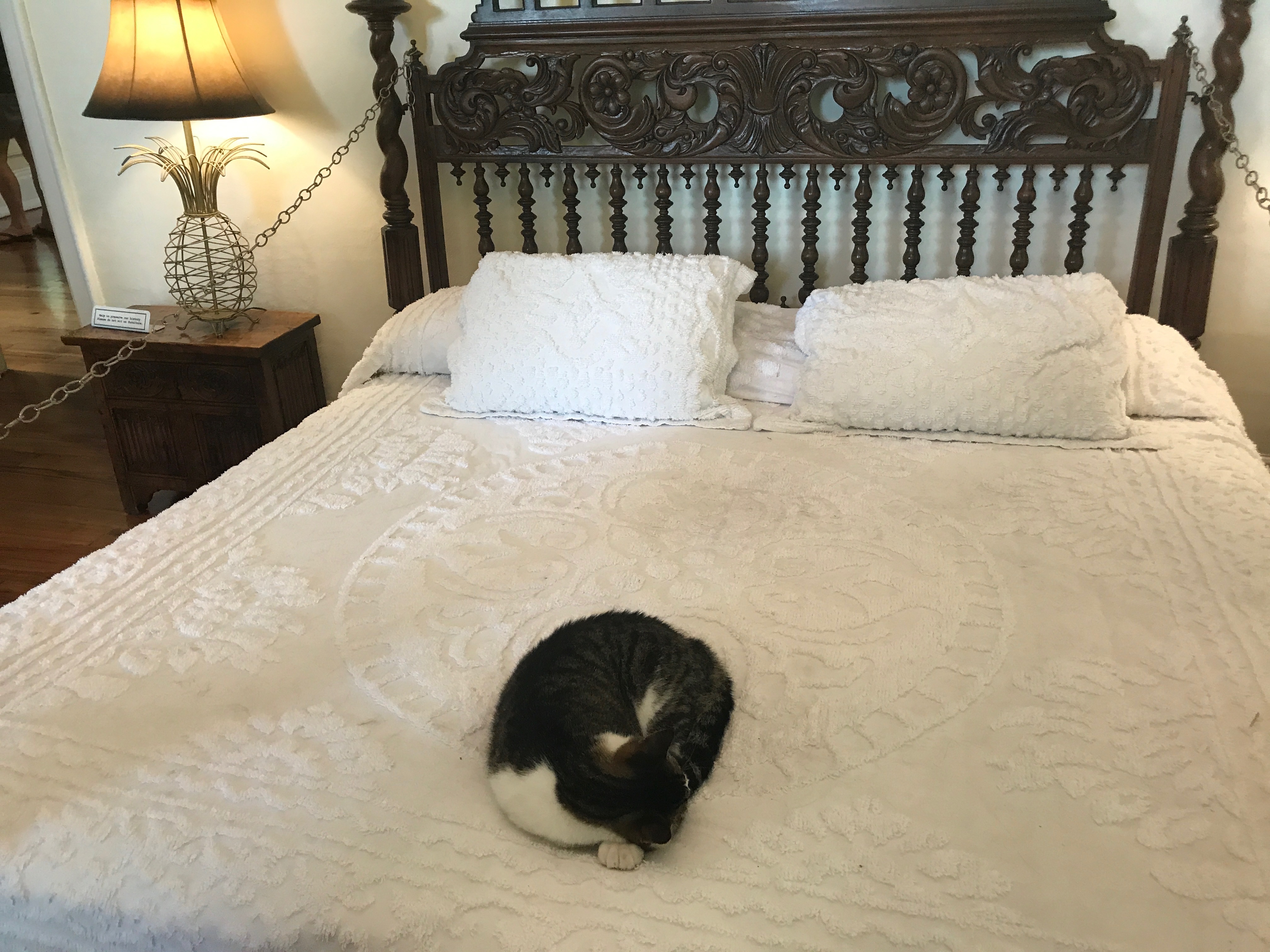 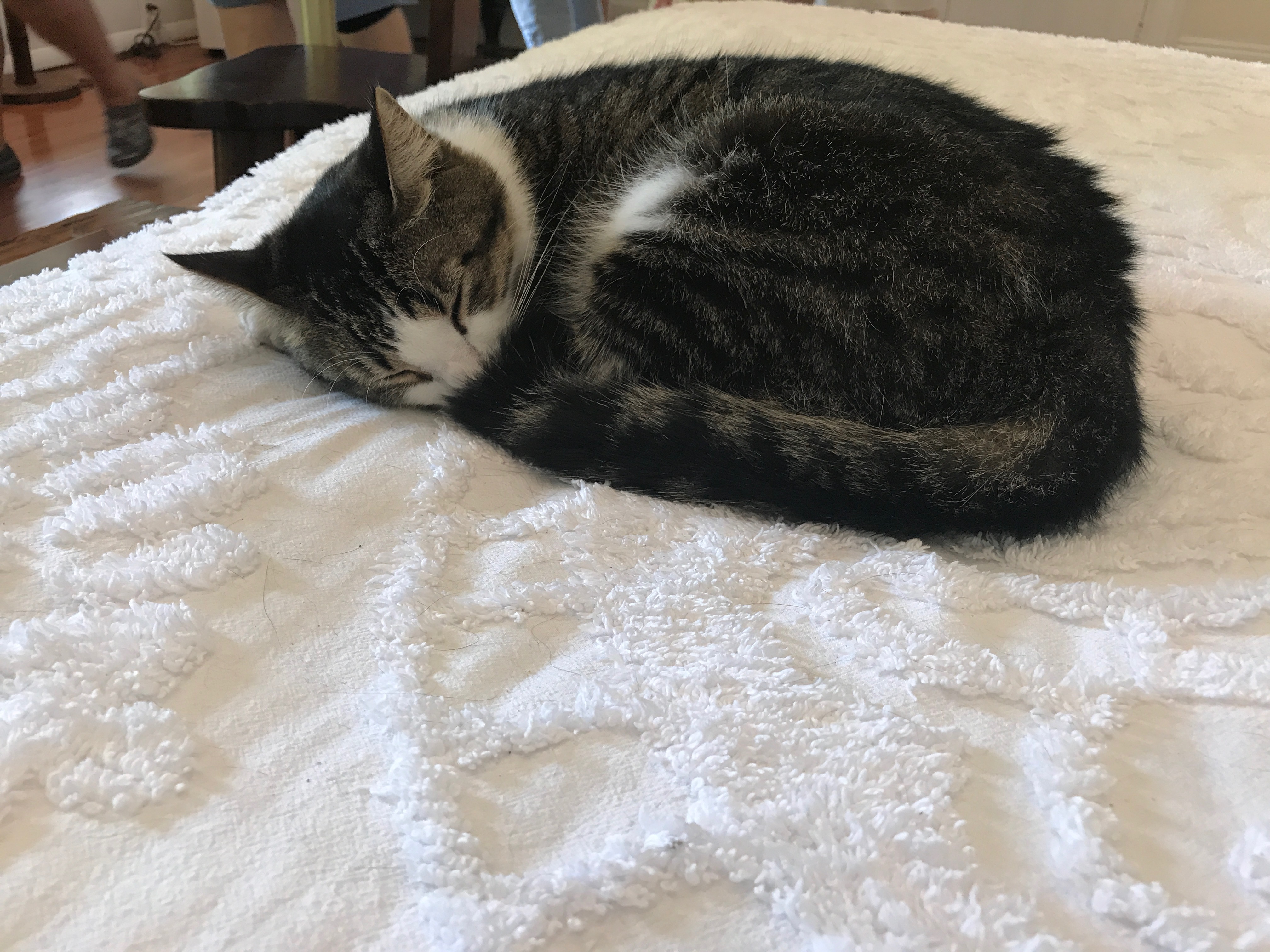 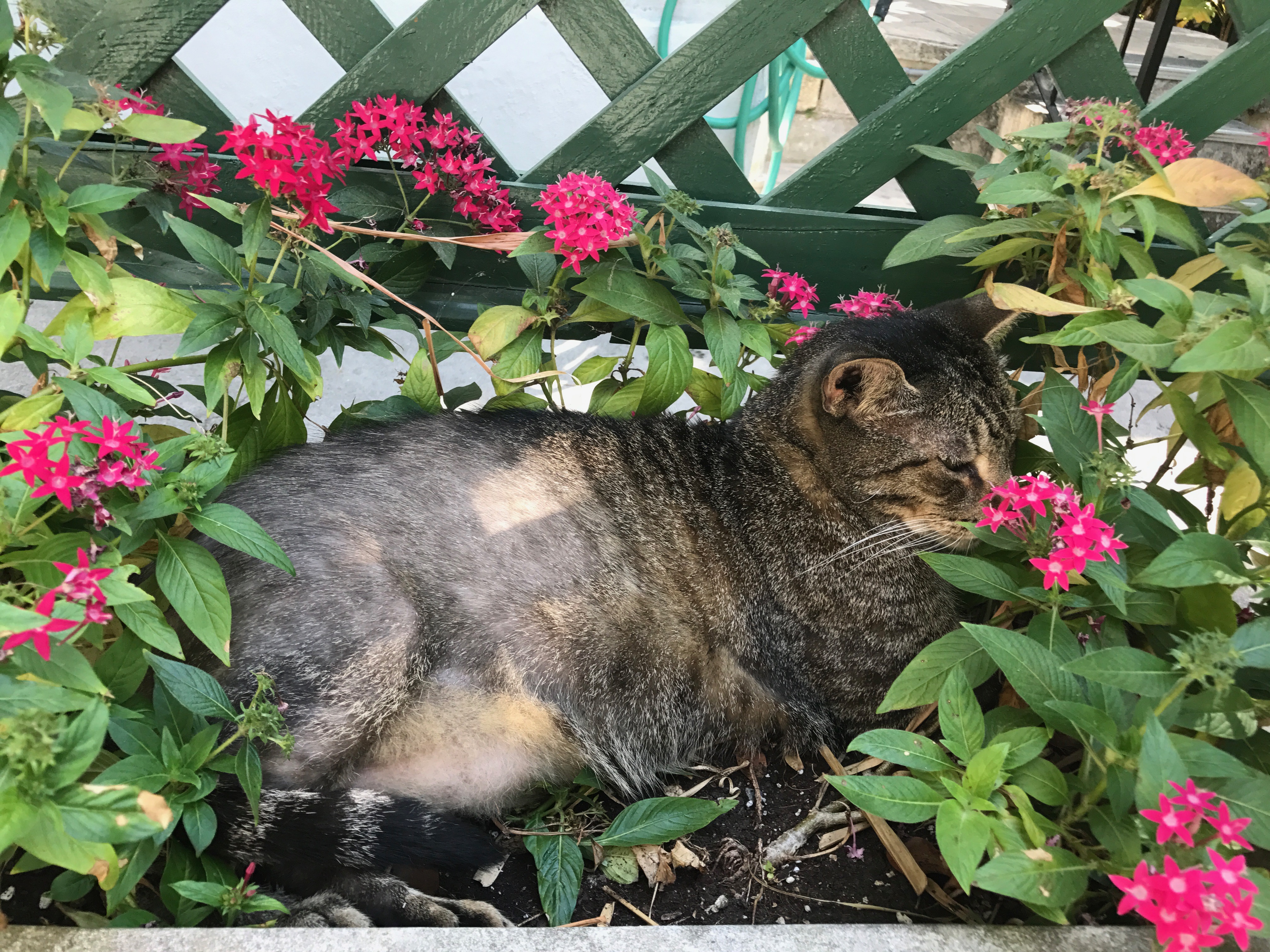 The loft where Hemingway wrote while he lived here was pretty interesting and I did love hearing the stories of how he lived. 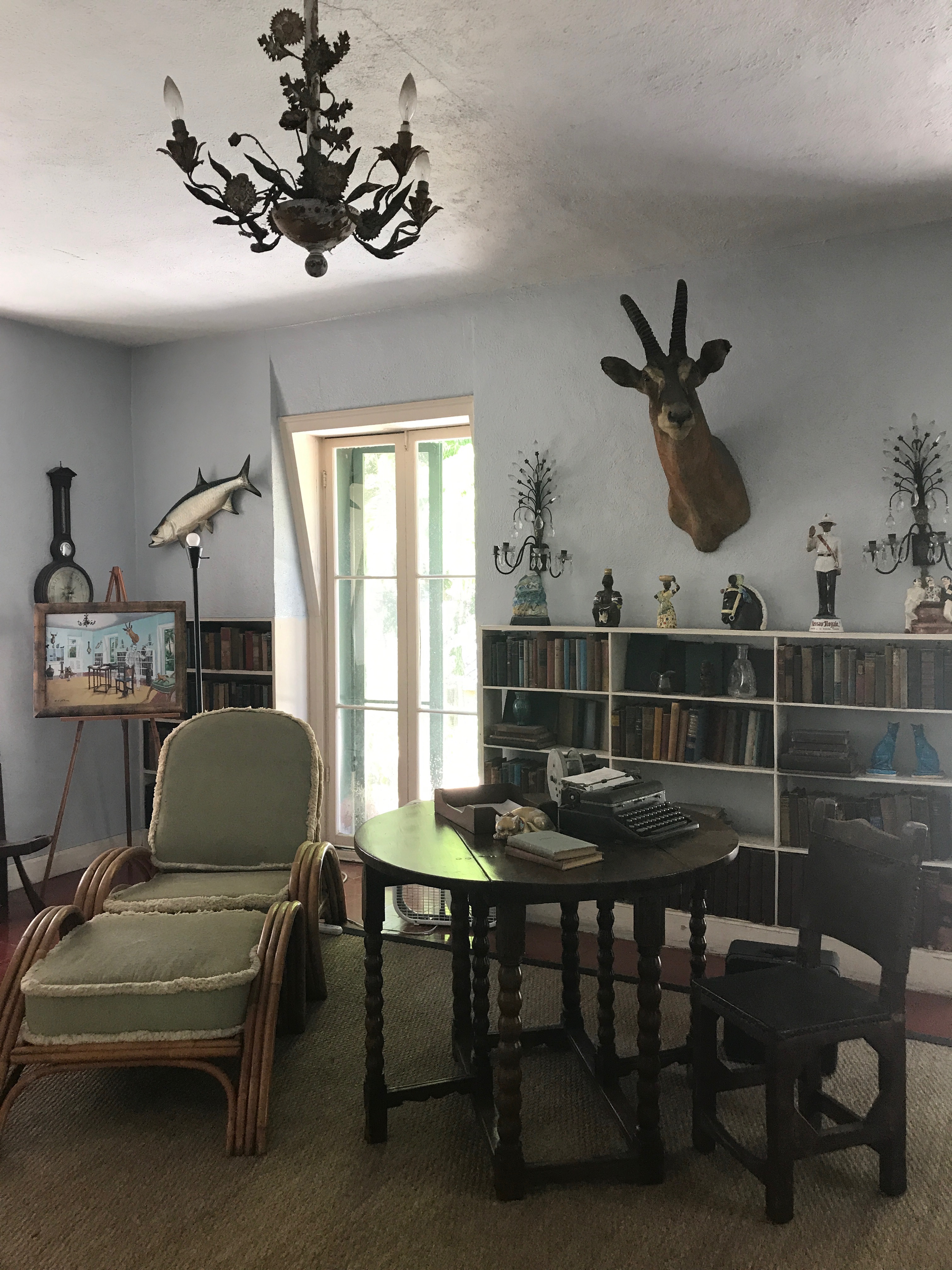 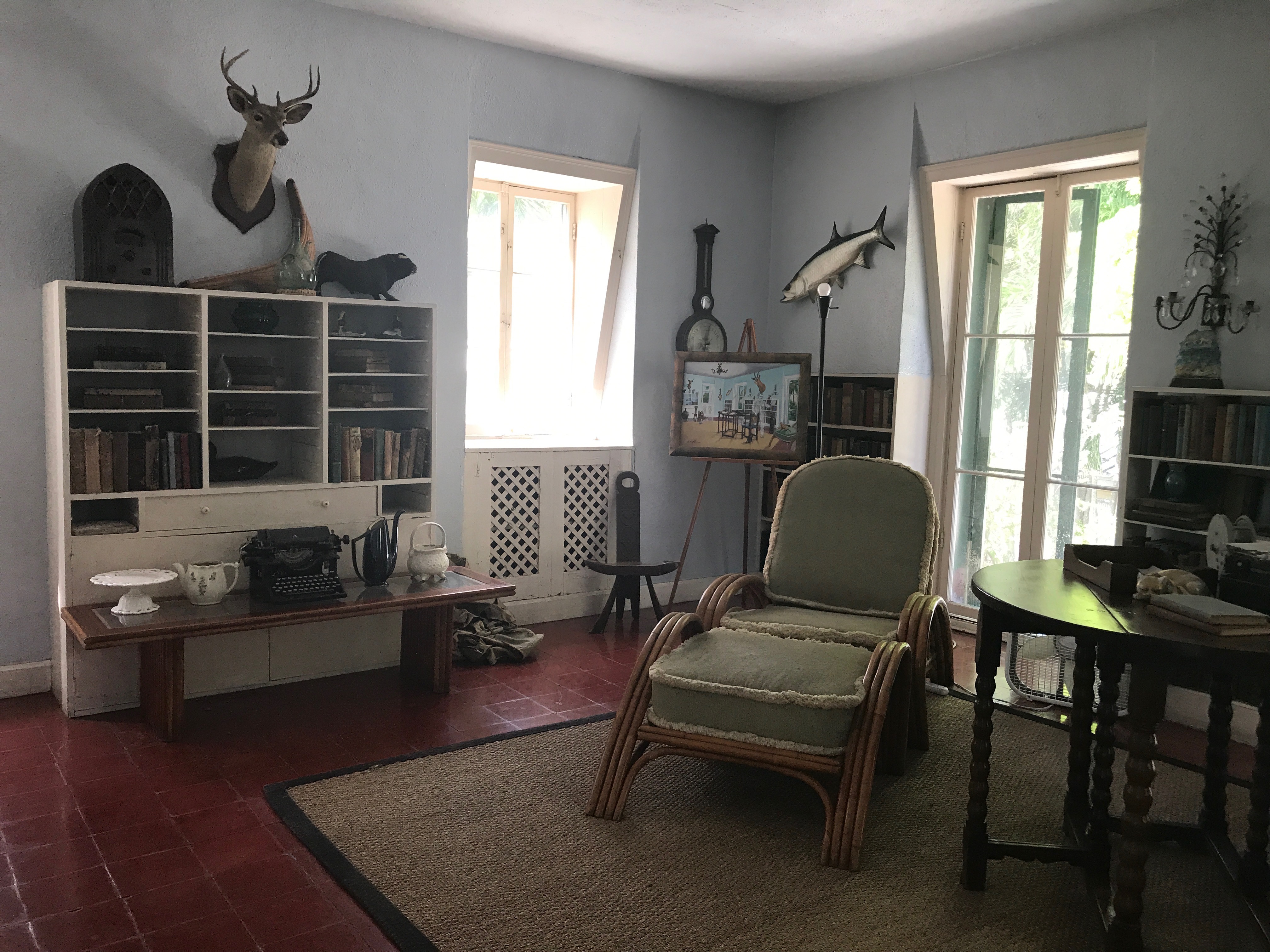 The fountain just outside the back door had a previous life as a urinal at his favorite bar and which he had installed after an argument with his wife about how much the masterpiece of a pool cost them.  Pauline Peiffer was his second wife and had worked for Vogue magazine when they met in Paris.  She was very fashionable and quite a decorator so that fountain offended her as much as the price tag on the pool offended him. 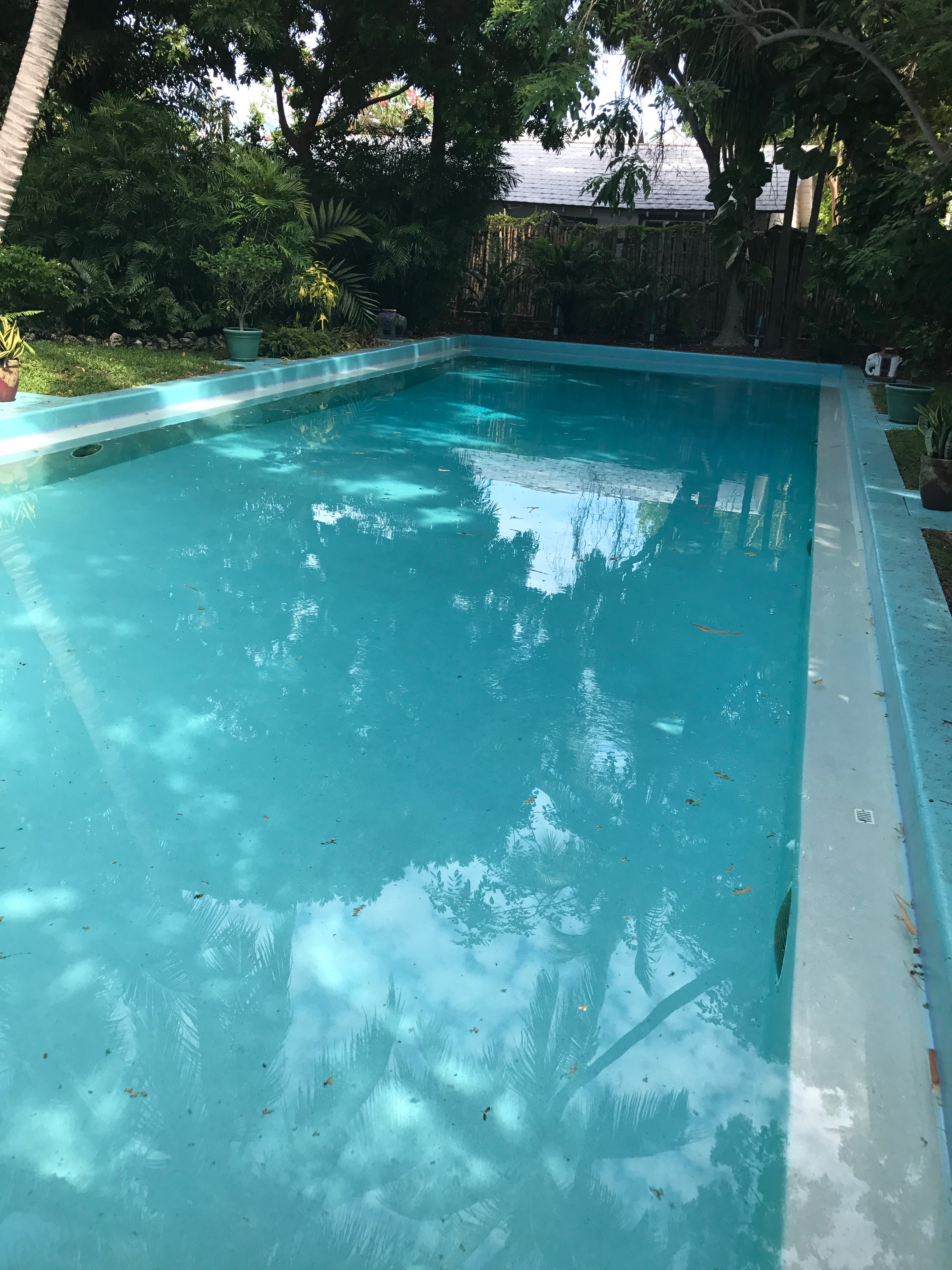 This is my favorite photo of the day.  It is said that this lighthouse was the only way that Ernest found his way home after his nights of heavy drinking and boxing. 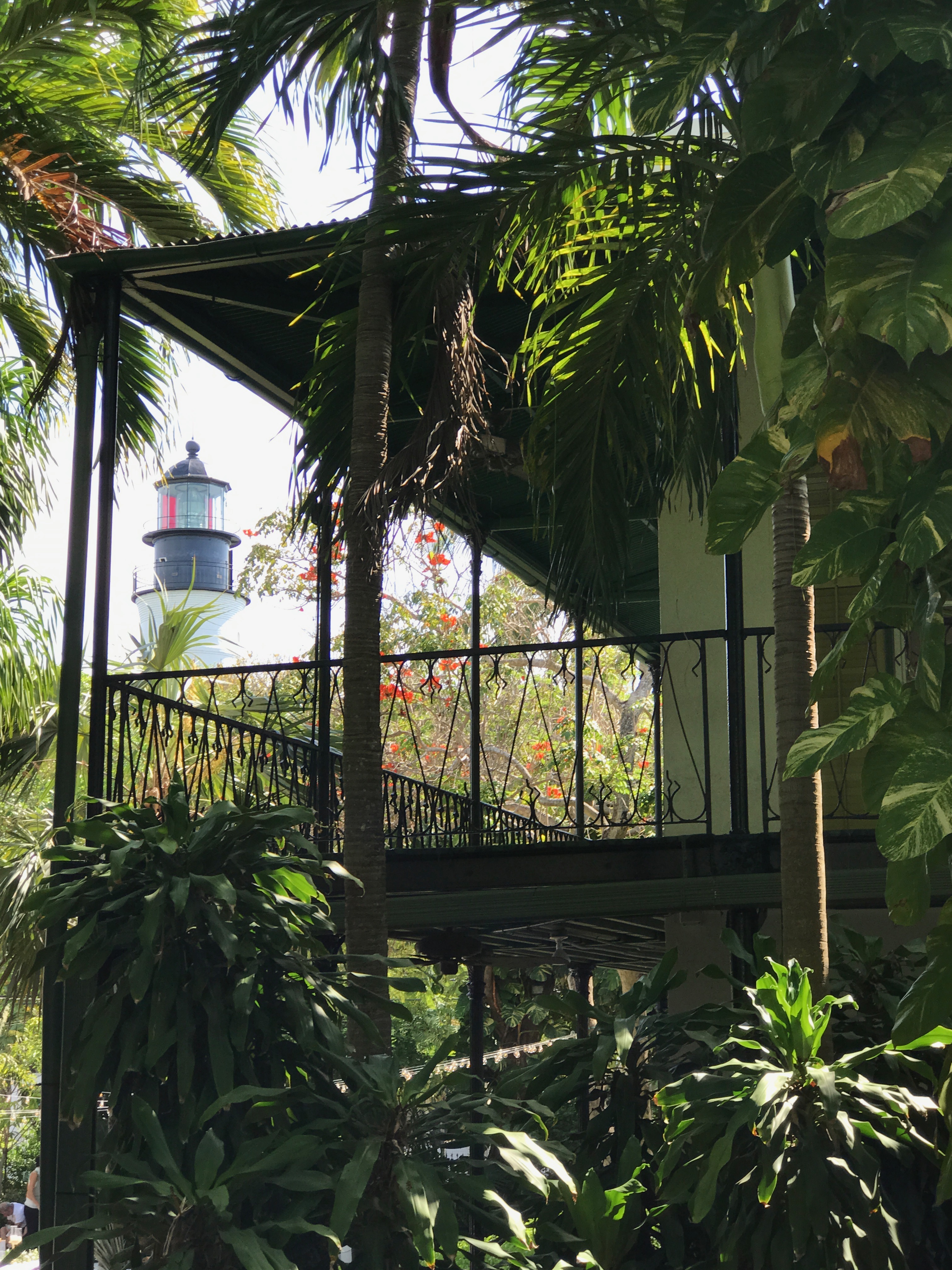 I came to this house after reading Hemingway’s memoir of his time in Paris with his first wife.   A Moveable Feast is a fascinating and somewhat self-centered memory of the life of a young man in Paris surrounded by artists and writers that would change the culture.  An interesting companion to this story is Tom Wolfe’s, The Painted Word.  It is a less romantic assessment of how the world of art started to change at that time.  He likens the modern art movement to a kind of prostitution.  I have also read The Paris Wife, which is a historical fiction account of the same period in Hemingway’s life.  It is written in a way that encompasses the tragedy of a great love story that is doomed by a life of hard drinking and egotism.  Ernest Hemingway’s life was sad even as he haunted the streets of Paris in the 1920s and lived in a tropical paradise in the 1930’s.  It seems that he went from marriage to marriage in the same way that he went from car crash to plane crash to amoebic dysentery and his eventual suicide.  When I read through the list of trouble and tumult that accompanied his every turn through this life, I am astounded that he kept traveling, kept writing, continued to fall in love.

I would love to hear about what you have read from Ernest Hemingway.  What do you think?  Was he manly and brave to continue?  Or was he the proverbial fool, looking for satisfaction in all the things that never satisfy? 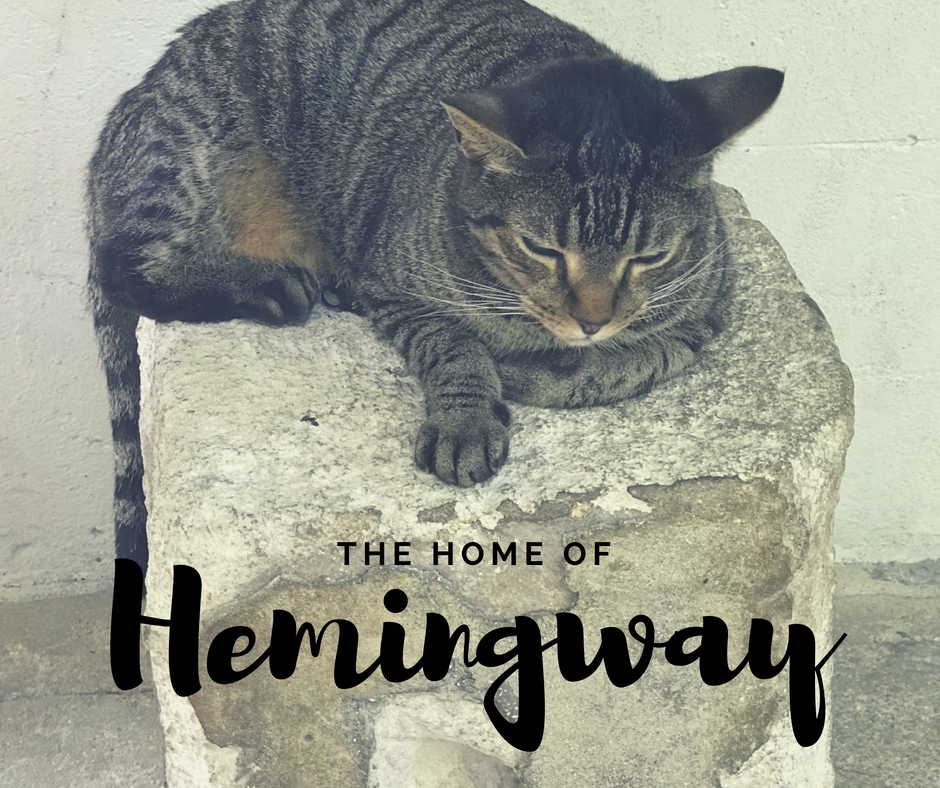 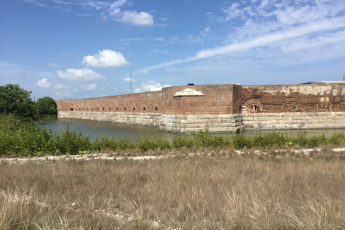 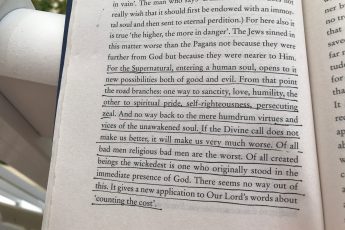 Tropical Reading: Reflection on the Psalms by C.S. Lewis 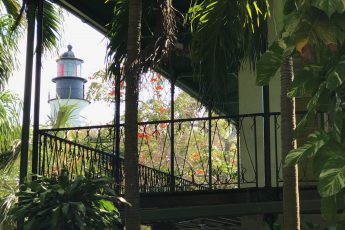 « Previous post
Tropical Reading: Reflection on the Psalms by C.S. Lewis
Next post »
Where to Eat in Key West, Florida