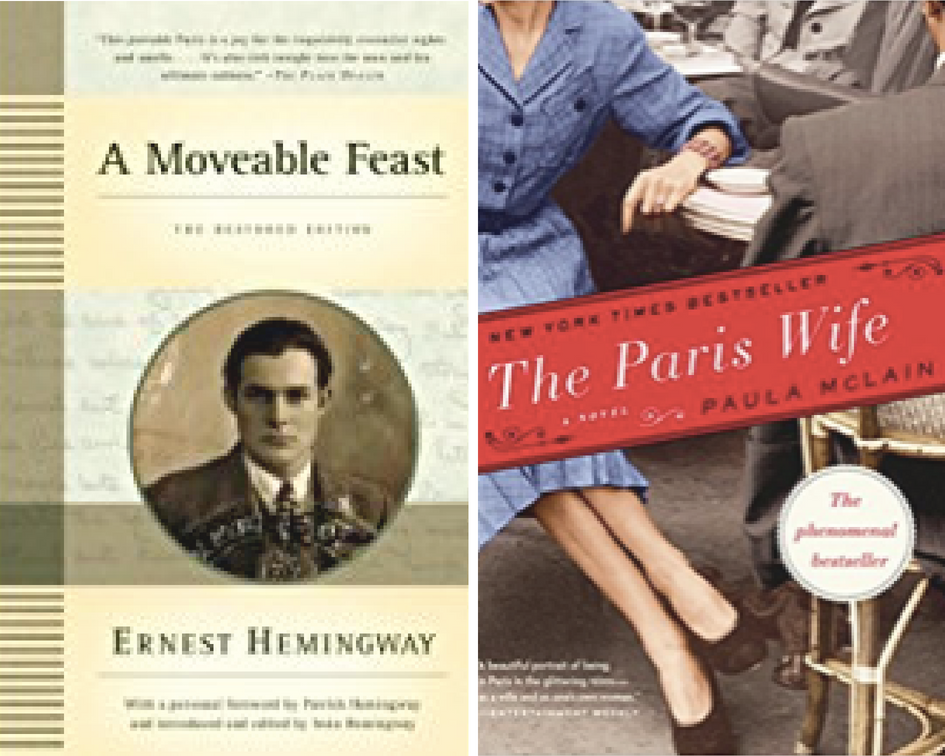 I have been dreaming of Paris since I was a girl. I watched old movies and read novels set in Paris. For years I have watched travel shows and read memoirs from the City of Lights. I visit and abide in Paris often in my imagination. Someday I will wake in that city and walk those streets in search of an excellent cup of coffee with a pastry and it will be perfect. Until then I continue to read and when the twin books The Paris Wife and A MoveableFeast came to me one after the other, I found myself in the dreamiest vision of an already magical place. I was transported to parlors and cafes immersed in the glittering culture of the 1920s with Earnest Hemingway and Scott Fitzgerald, Picasso and Ezra Pound. I love how Hemingway describes his life there even down to the books he picks up from the bookstore owned by Sylvia Beach, Shakespeare & Company. He feels their pages and can tell by the binding if they are made well. I do the same thing when I come to a beautiful edition. Even beyond the weight of a beautiful book in my hand, I cherish the places that books build in my imagination as these two books did and I marvel that they came to me one after the other. 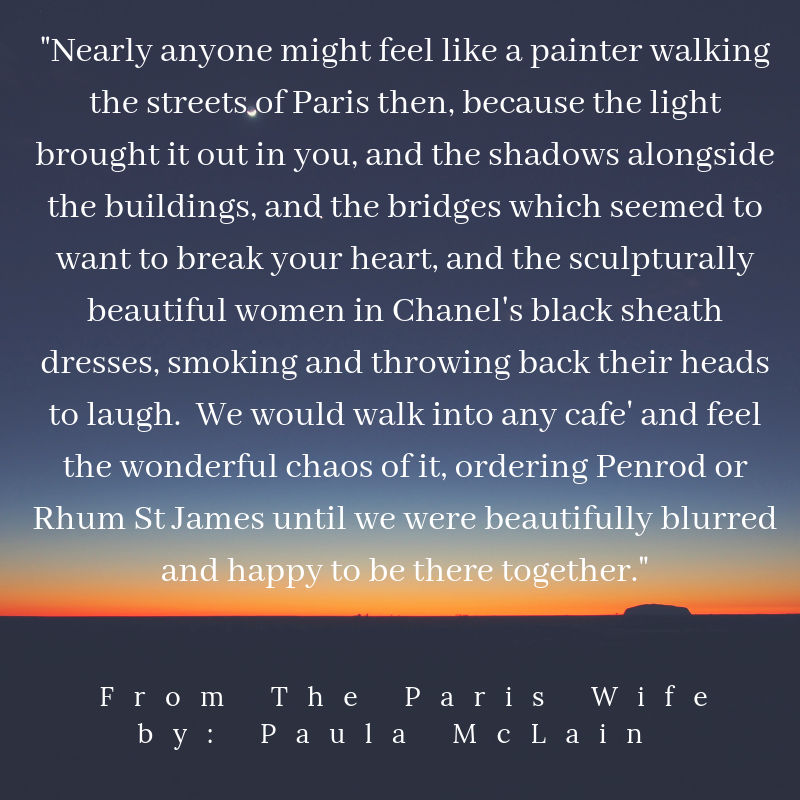 What are book twins?

I call these books twins because they are so very alike and yet distinct. They speak simultaneously, talk over each other and finish each other sentences.  A Movable Feast is the Paris years memoir that Earnest Hemingway put together at the end of his life and published after his death. The Paris Wife, written by Paula McLain and published in 2011 is a work of scholarly fiction that covers the same time period and events in the lives of the newlywed Hemingways. The funny thing is that the work of fiction feels like non-fiction and the memoir feels like romanticized fiction. 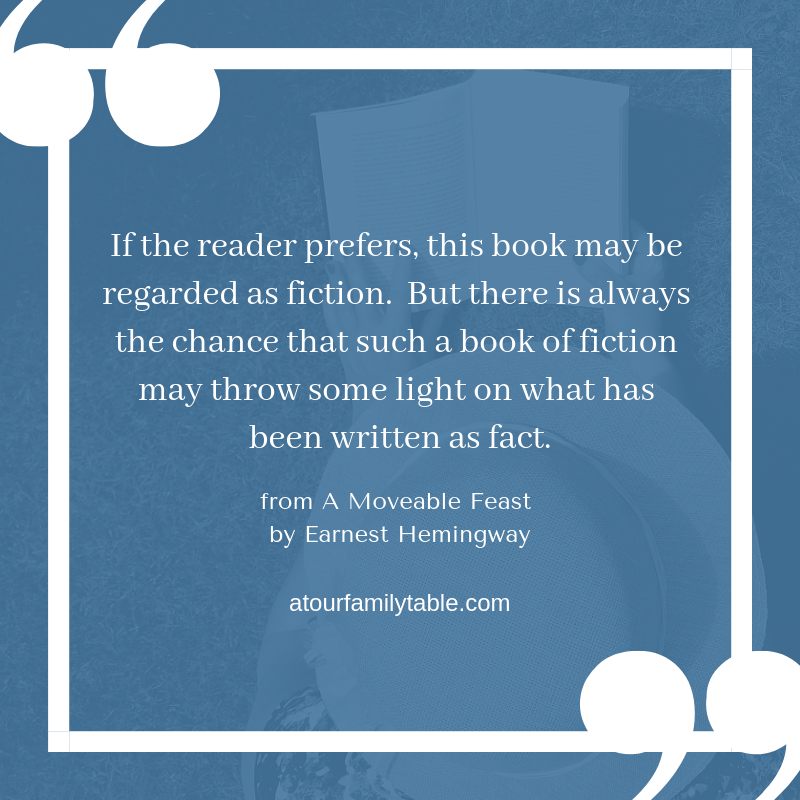 Earnest Hemingway has always fascinated me in a tragic way. I love his sentences and the way he took writing seriously with an intensity that was the blessing and curse of his entire adult life.   His words just carried me along almost like I was dreaming. I knew enough about Hemingway’s life to know that it was not, could not, be as ideal as he portrayed it. I never took the people or circumstances as entirely factual, but the gaslight feel of the book was so real to me. When I read how the book came about that feel for the Paris of Hemingway’s memory made more sense to me. Hemingway wrote this from notes and journals 40 years after living in Paris with his first wife. His life after choosing another woman had been hard and this book feels like a powerful memory full of regret. 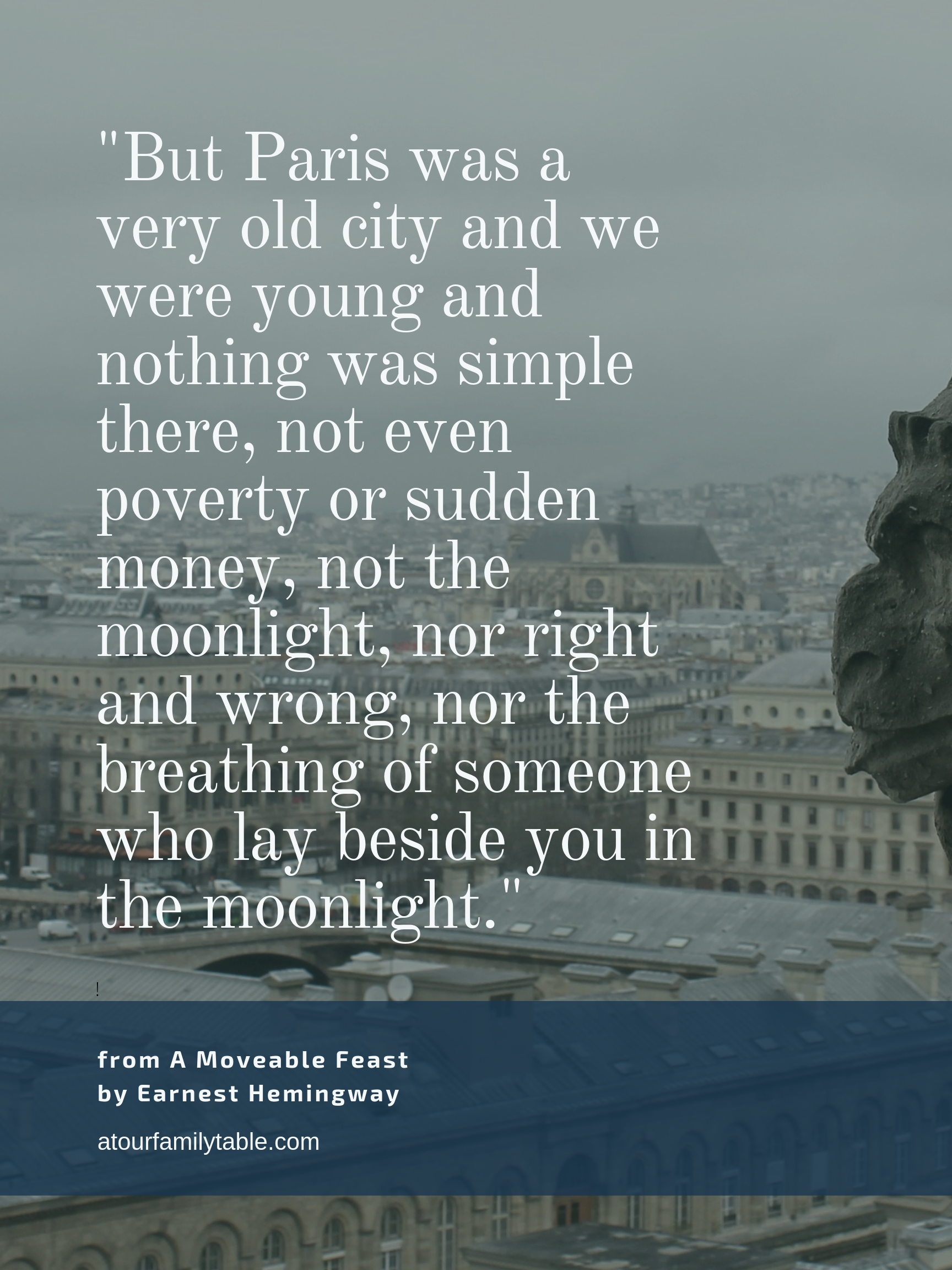 When someone tossed the idea of reading The Paris Wife into our book club discussion on what to read next I gave my yes vote wholeheartedly. The quick succession of these titles brought fullness to my imagining of 1920’s Paris. The Paris Wife, while it is a work of fiction, gave a different perspective on Earnest’s recollection of life in Paris. As I listened to him tell me about his life there, I knew that he could not have been an easy man to live with and The Paris Wife confirmed that. Hadley Richards was Earnest’s first wife and mother to his first son. She came to Paris completely in love with him.  I have to think, who would not be in love with him at this moment when his star was so bright and the whole world was changing before their eyes. Earnest and Hadley would be one of the great love stories of all time if Earnest had lived up to his name in the matter of married love. To be earnest is to show intense and sincere conviction, to be serious, to be grave, to be intense. He was all these things to his craft and none of them to his many wives. As way leads on to way in the story of The Paris Wife, it becomes painful to watch Earnest push Hadley away and hold lightly the vow that would do him so much good. Hadley comes to terms with the lie that he has embraced and refuses to take part in a kind of polygamy that she knows will only hurt her little family. There is a powerful moment when Hadley makes it clear that she will not share her husband with the friend who betrayed her.  Earnest had been so persuasive in her life and there is a terrible beauty to the end of Hadley’s struggle to save her marriage. With regret, she leaves and picks up the broken threads of her life and weaves a new life, while Earnest goes from affair to affair and painful moment to painful moment until the final tragedy that ended his life. 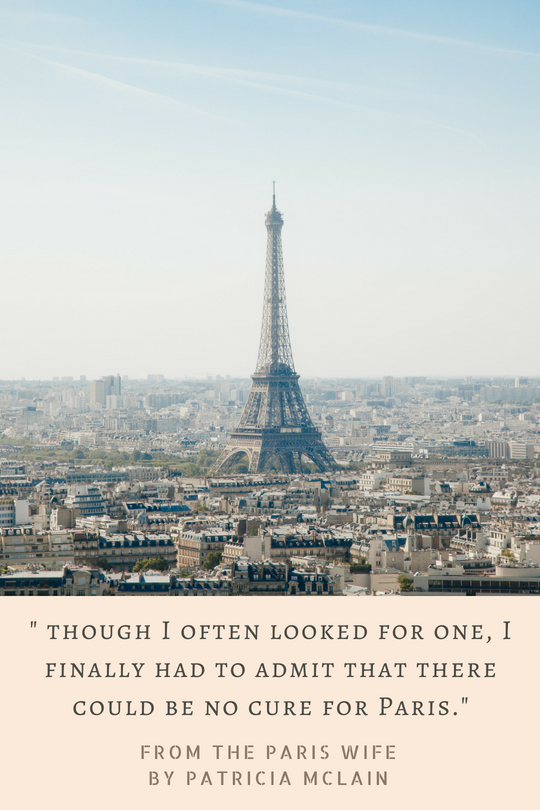 These stories taken together are fascinating! They hit me at just the right time, one after the other, that I never attribute to being a coincidence. I laugh about it because this kind of book pairing comes to me ALL. THE . TIME. I joke with my friends that I am starting to think that God has a book list for me.   As I finish one, I can almost hear him say softly, “You’re going to love the next one.  Here, enjoy.”   Then I am off to Paris or Port William or anywhere else in the world, to abide with friends.

I have lots of book twins to write about in the coming weeks.  I want to hear about yours.  Do you have any books that are linked by something?  Tell us all so we can add them to our book list. 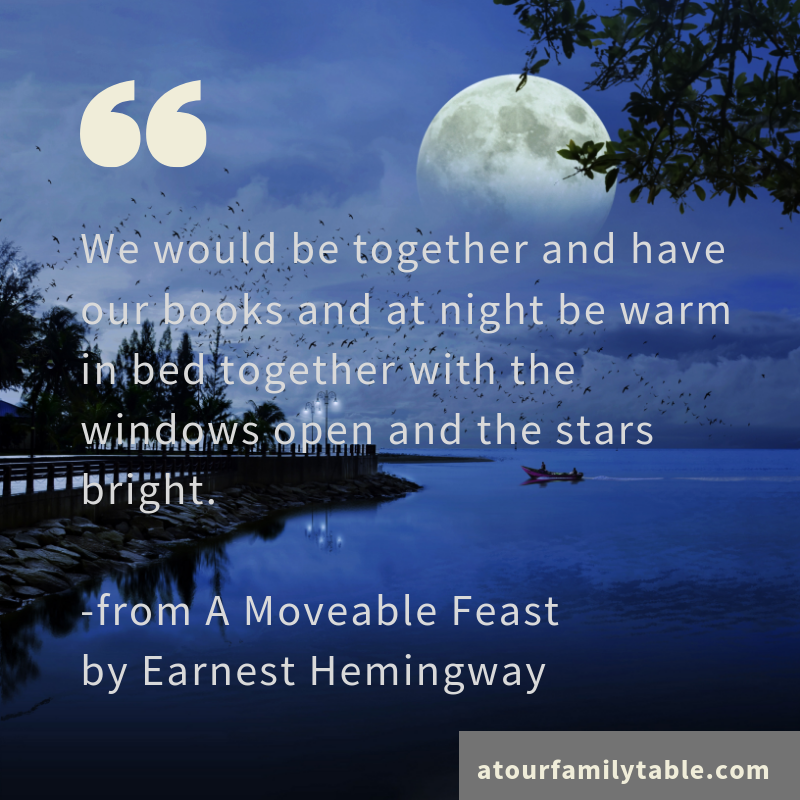 Here is an interesting article on Ernest Hemingway and his travels.  There are tons of links at the bottom so you can keep reading all day.

This is the version of the books that I listened to:

Audio of A Moveable Feast By Ernest Hemingway

Audio of The Paris Wife By Paula McLain 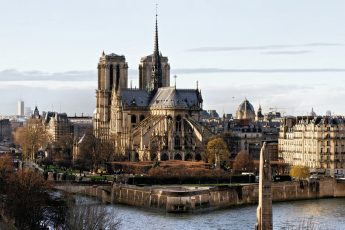 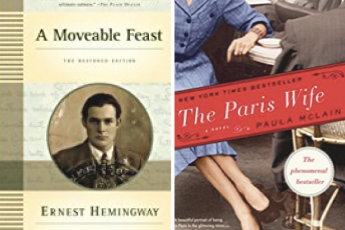