Discussing the Arts, The Coffee Table 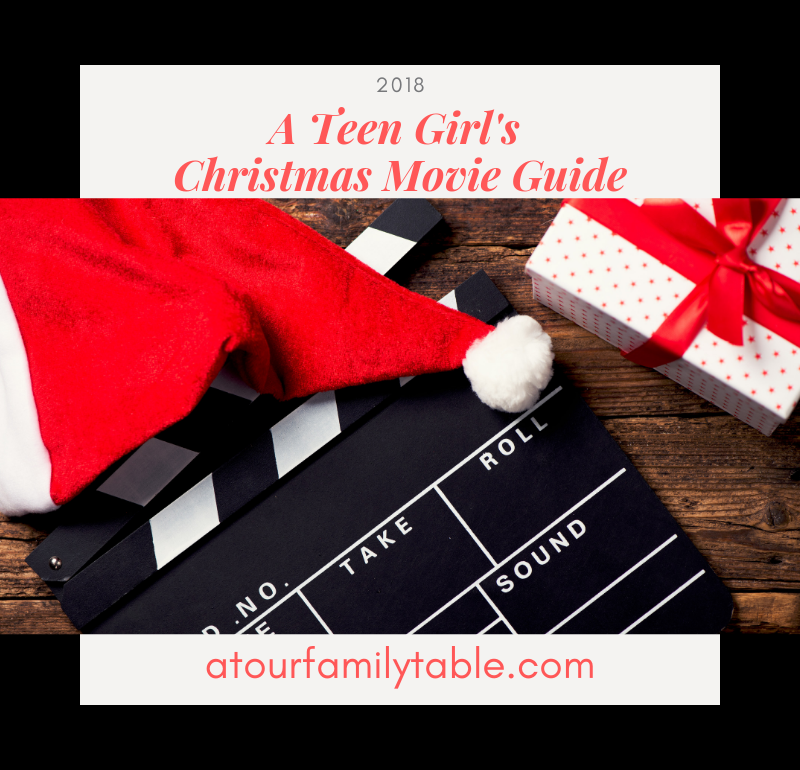 A Teen Girl’s Christmas Movie Guide is just what you were looking for, right?  Well, I  have a teenager who loves Christmas and living with her from October through December is a special treat.  Her room is glowing with the golden warmth of twinkle lights a month before the rest of the house is decorated.  When the Christmas movies start popping up on Netflix she starts looking for any job that can be done in front of the TV.  One of my favorite parts of Christmas is how the laundry just seems to wash and fold itself.  It truly is a magical season.

I introduced my girls the classic movie, White Christmas, early on and it has been our favorite and a must watch for many years.  Bing Crosby and Danny Kay are two of our favorites.  I found a White Christmas Sing-a-long at an old downtown cinema close to us last year, but it was while we were out of town and this sweet child who loves Christmas turns to me on the plane and says, “Do you promise to take me to a White Christmas Sing-a-long next year.”  I foolishly responded, “I promise.”  So I made plans to go, invited friends and tried to buy tickets on-line and could not figure it out a week before.  There was a lot going on so I put my phone down to think about it another day.   That day came the morning of the event.   That is when I realized the details I was looking at were from last year’s showing.  It turns out they did not get the rights to show it in time this year and there was no sing-a-long White Christmas.  Calling the crowd of friends was nothing to facing my sweet girl with a vacant promise.  We had to have a plan b and Amazon was there to help me keep my promise.   We made some fun snacks and kicked off our Christmas movie season with the best, most iconic Christmas movie of them all and we did it on our own sofas.  It was a perfect promise kept! 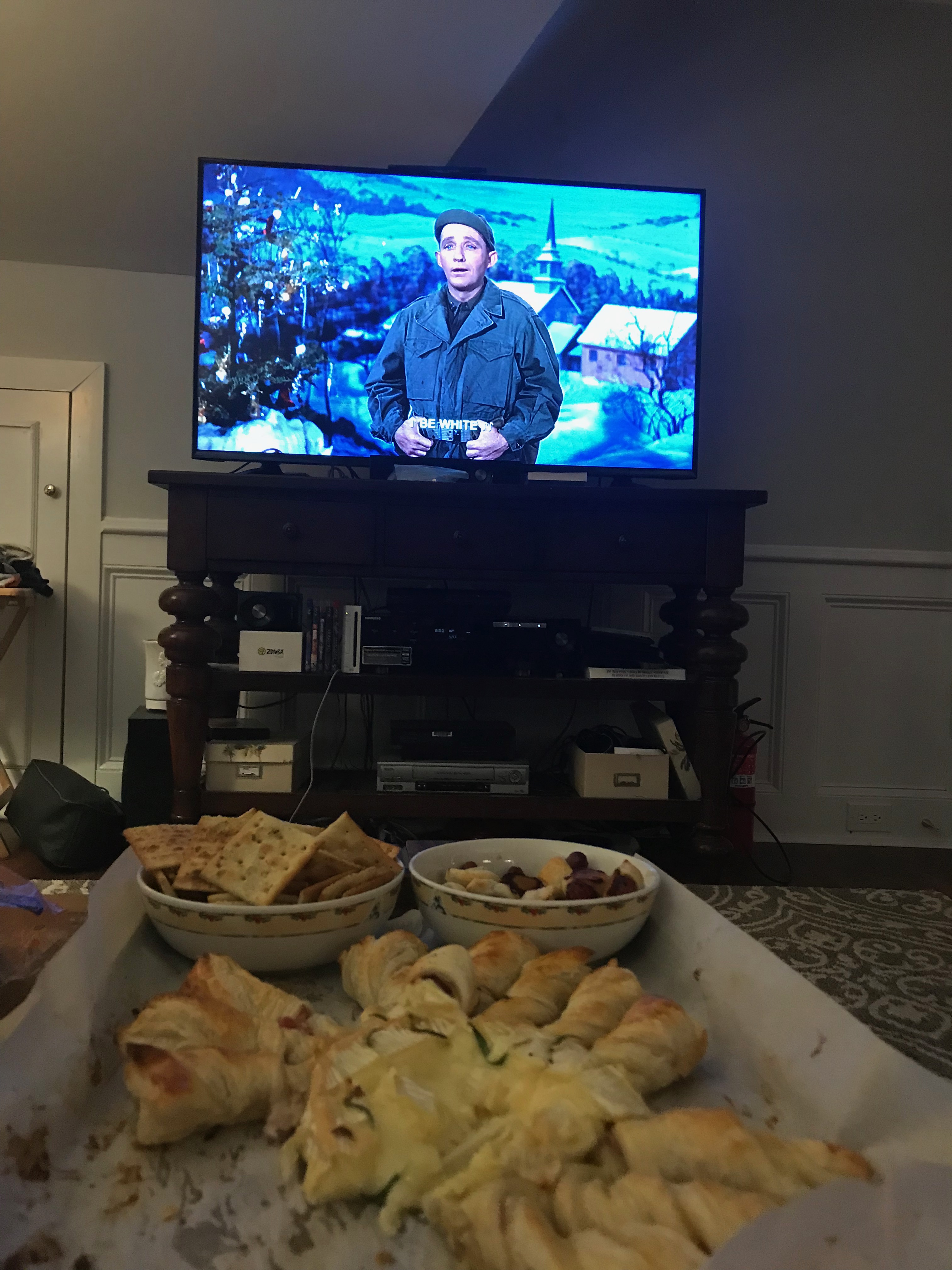 I asked my Christmas loving teen to take a look at her holiday movie tracker (oh, it a real thing) and write some reviews for the movies we watched and she did not disappoint.   Here is a teen girl’s Christmas movie guide. These are the very serious thoughts of a 15 year old on the sober matter of escaping into a Christmas movie:

The Christmas Prince  a Netflix Original

This was a movie I watched about three times in 2017. 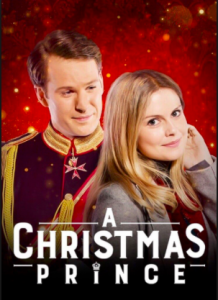 I felt like it was different and not quite as cheesy as other movies.  I liked that the protaganist actually went back home and then the resolution followed her so there really were stakes and some suspense to this one.  It was well thought out and the sets were very good. I think they also cast the characters well. 8.5/10

A Christmas Prince 2 A Royal Wedding a Netflix Original 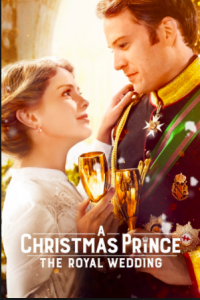 I thought this movie was ok. It had some of the same elements of the first movie that I liked but,  it is not as good as the first movie. I think that some of the stereotypes such as the overbearing wedding planner, the full of himself designer were a bit much.  The lax fiancé  was predictable, although that was not really his fault he did have a country to run and a embezzlement problem and worker strike to figure out so I’ll give him a pass.  This time the writers added a mystery that my mother and I figured out in less then a minute.  I did enjoy the ending.  I thought the wedding was super cute but over all the movie was just ok. I give it a 5/10

This movie was good. I like that I could relate,  as the protagonist who was a photographer and I like taking photographs. I though the plot was well thought out and the sets were good. I liked how they kept on brand of a Christmas romance.  From the beginning of the  movie we just knew who she was going to end up with even if she did not. I didn’t like some of the creepy lines like “the calendar is always watching over you.”  It was a sweet movie but the longer it has been since I watched it the less I like it. I give this movie a 6.5/10

The Princess Switch a Netflix Original 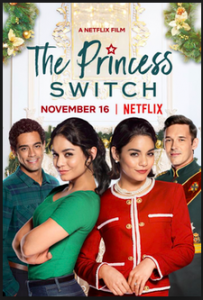 I liked this movie a lot. I thought it was a little cliche and easy to figure out but at least they skipped the love at first sight trope and that was part of what made it good.   I liked the overall feel of this one as a story of a girl who is driven and committed to he job as a baker, which was also her passion.   There were real life elements to it, like the best friend who liked the girl and she did not like him back.  The prince was awkward and as we got to know him we found out his real feelings.  That was fun.  There was also a sense of honor in the way that the truth was revealed.  This movie had compassion and a conscience and that was cool.   8.5/10

Do I really need to say anything about this classic? It is my favorite holiday movie.  It is  a 10/10.

This movie is amazing. It is light and funny and just had that warm fuzzy feeling ending. Bing Crosby mixed with Fred Astaire’s dancing equals one happy Christmas movie loving teen.

I did not like the blackface dance routine at all, but  I still give this movie a 9.5/10.

This movie was alright. I liked the animation stile and I felt the voices we good. I’m not really going to say anything about the story because it’s Charles Dickens and he is an amazing writer. I give the movie a 7/10.

The Christmas Chronicles a Netflix Original 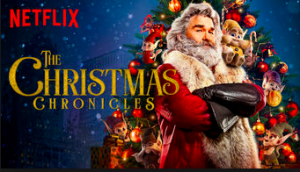 I thought this was a great movie. There were parts I liked. I did not like that the writers  killed the dad.   It was unnecessary and it just would have been a better ending with him there. I liked the brother and sister interaction, and putting Santa in jail singing the blues was amazing. I thought this movie was an 8.5/10. 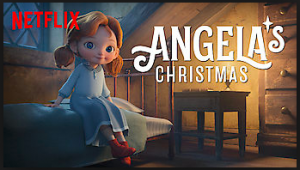 If you are a small kid I think you will love this movie. It was made for little kids in mind so in that respect it was good but, for my teenage self it was kinda hilariously boring. It was funny but it still felt like it was just a little slow. As a teenager I rate it a 4/10 but if I were a little kid again I think I would rate it a 8/10.

You might also enjoy our reflection on the hits and misses of our holiday season and our invitation to join us in reflecting on what worked and what did not, what to keep and what to change for next year.  You can find that here.  I recently wrote on my word of the year for 2019 and you can find that here.  I am working on a 2018 readers review of all the books I read and then I think we will be ready to look forward to 2019.

Have you been reflecting on the previous year too?  Sorting it out and putting everything in the right category takes time but it is good work.  Tell me about your reflections in the comments or on the facebook page.  I would love to hear from you.